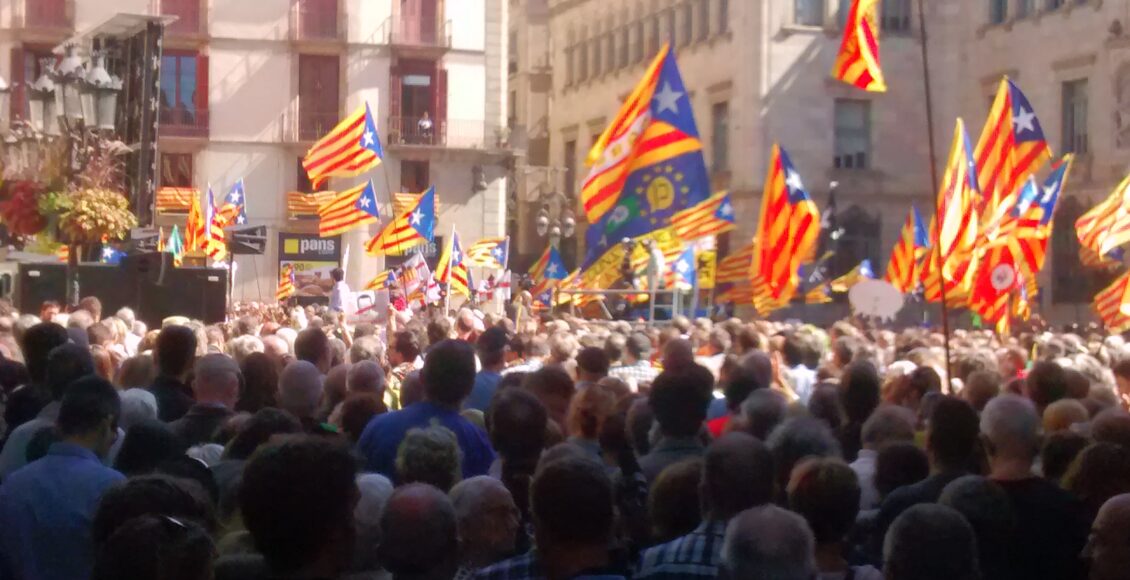 If Catalonia’s regional government proceeds with a unilateral declaration of independence Madrid could suspend the region’s autonomy and take direct control.

On Oct. 4, the region’s pro-independence parties, Junts pel Sí, along with the Popular Unity Candidates, declared that the Catalonian parliament would hold a session on Oct. 5th to proceed with its move towards independence. A Spanish Court ruling has since suspended the Catalan Parliament.

If Catalonia proceeds with a formal declaration of independence, Madrid would probably suspend the region’s autonomy and take immediate control of its government.

While the official purpose of the session would be to explore the results of the referendum that took place on October 1, secession forces within Catalan’s regional government initially planned to use the meeting to announce independence. Based on a Sept. 7 law passed by the Catalan parliament, the regional legislature must declare independence if people vote in favor of secession.

However, the Catalan President has decided hold off on a formal declaration, pending negotiations and discussions with Madrid. However, he stated that the catalonian people have a right to a vote to independance, and this issue is not one that will die quickly.

The current situation in Catalonia

On Oct. 1, 90 percent of poll respondents supported independence from the Spanish state. Presently, all communication channels between the Spanish and the Catalan governments seem to be broken. Madrid insists that the referendum was prohibited and refuses to negotiate with the government which has broken the law.

Furthermore, on Oct. 3 Spanish King Felipe VI accused the Catalans authorities of violating the Spanish Constitution. The Catalan government, in turn, insists that it’ll only negotiate with Madrid if a legally binding referendum is on the table, something which  Spanish authorities vehemently oppose.

Brexit and the Politics of Islamophobia

Iran, Algeria, Sudan, and Venezuela Have One Major…

If Catalonia proceeds with a formal declaration of independence, Madrid would probably suspend the region’s autonomy and take immediate control of its government.

Not only could this decision be controversial in Catalonia and the rest of Spain, but it could also be challenging to enforce. This step would lead to significant street protests and potential acts of vandalism against Spanish institutions throughout the region. Support from security forces will be required.

However, Madrid expresses worry over the fact that Catalonia’s regional police, known as the Mossos d’Esquadra, did not obey a Spanish judge’s order to close down polling centers on referendum day to prevent individuals from voting. Courts in Catalonia have already begun investigations against Mossos for an offense of disobedience. Since the beginning of the independence process, expert secession forces have organized many massive demonstrations.

Their main aim was to show Madrid as well as the international community that countless thousands of Catalans support independence. However, they’re also a broader demonstration of strength along with a reminder that any action contrary to Catalonia, especially one as drastic as suspending the region’s autonomy, will lead to massive protests.

Analysis: Outside mediation may be necessary if tensions escalate and violence increases.

In a situation of widespread regional revolt, Madrid will face the dilemma of having to choose between using force in Catalonia or entering into negotiations with the regional government. The former could come to the price of deepening one already considerable catastrophe and possibly triggering an intervention from the European Union.

Thus far, the bloc and most of its authorities have sided with Madrid, calling the Catalan referendum prohibited and pledging to honor the unity of Spain. However, E.U. leaders have also cautioned that a continued forceful response by the central government in Madrid would result in an escalation of violence, and have advised Spanish and Catalan authorities to reestablish dialogue to reach an agreed-upon solution.

However, if tensions between Madrid and Barcelona carry on or escalate, an outside mediator may be required to ensure stability and security both in Spain and in the European Union.