Cambridge Analytica: The Darker Side of Big Data 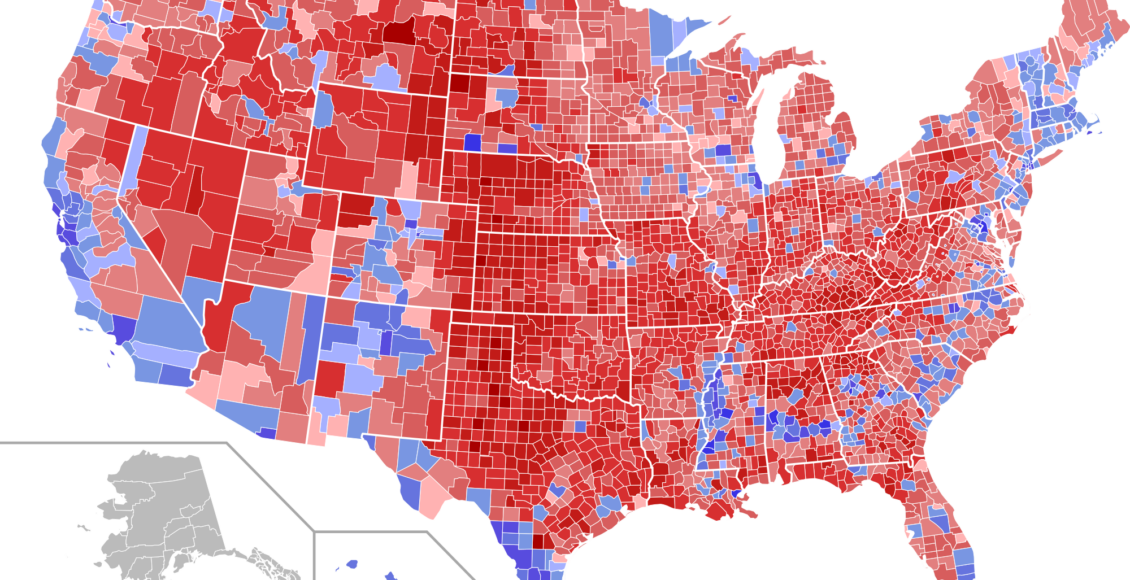 Before closer scrutiny of the implications of the Trump campaign’s use of Cambridge Analytica’s services, it is imperative to grasp the methodology behind Cambridge Analytica’s services fully. The two fundamental concepts underlying the ‘election management’ company is Big Data and psychometrics: “Big Data means, in essence, that everything we do, both on and offline, leave digital traces…every movement we make…every “like” is stored.” While psychometrics “focuses on measuring psychological traits, such as personality.”

How these two concepts intertwine is crucial to an understanding of what Cambridge Analytica claims to do. Using the OCEAN model, an acronym for personality traits considered the “‘Big Five’…openness (how open you are to new experiences?), conscientiousness (how much of a perfectionist are you?), extroversion (how sociable are you?), agreeableness (how considerate and cooperative you are?) and neuroticism (are you easily upset?),” relatively accurate assessments can be made about a person. The Big Data facet came into play with the work of Cambridge Ph.D. student Michal Kosinski.

According to reports, Kosinski helped build an app called MyPersonality, which was designed to create “personality profiles” for users filling out psychometric questionnaires. Millions of people participated in the survey and had the option to share their Facebook profile data with the researchers.

Kosinski and his partner were reportedly in possession of “the largest dataset combining psychometric scores with Facebook profiles ever to be collected…Kosinski proved that by an average of 68 Facebook ‘likes’ by a user, it was possible to predict their skin color (with 95 percent accuracy), their sexual orientation (88 percent accuracy), and their affiliation with the Democratic or Republican party (85 percent).”

Not only does the data create a psychological profile, but the methodology can also be used as a ‘people search engine,’ or mechanism for microtargeting: narrowing down results based on desired personality characteristics.

Kosinski’s findings supposedly paved the way for the technology that is currently a significant selling point for Cambridge Analytica, and this was not a coincidence. Aleksandr Kogan, a lecturer at Cambridge University, approached Kosinski in early 2014. Kogan, who was contracted by Cambridge Analytica’s parent company SCL, took an interest in Kasinski’s work and as reported by The Guardian, introduced SCL to Kasinski’s methodology. While Kasinski refused to do business with SCL, it appears that Kogan mimicked his methods:

“Kogan had arranged for more than 100,000 people to complete the Facebook survey and download an app… obtained data from 185,000 survey participants as well as their Facebook friends… and that it yielded 30 million available profiles… No one in this larger group of 30 million knew that “likes” and demographic data from their Facebook profiles were being harvested by political operatives hired to influence American voters.”

SCL—and Cambridge Analytica, by extension—were given an immense amount of usable personal data, obtained without the knowledge or consent of the vast majority of harvested user profiles. According to political communications expert Emma Briant, this ethically dubious behavior is an exploitation of users’ dependence on social media and can be used to manipulate the public. Currently, Cambridge Analytica claims to have “a database of 230 million American adults, with up to 5,000 pieces of demographic, consumer and lifestyle information about each.” The company markets its services based on claims of being able to influence voter behavior with “microtargeting.”

The Trump campaign paid Cambridge Analytica millions of dollars during the election process, and interestingly, Stephen K. Bannon, Trump’s Chief Strategist and former head of Breitbart News (which was mentioned earlier as an active participant in spreading Russian-generated misinformation/disinformation), used to sit on Cambridge Analytica’s board.

The Implications of “Microtargeting”

According to a recent scientific analysis by Kosinski, individually tailored Facebook advertising based on personality targeting can attract up to 63 percent more clicks and up to 1,400 more conversions. These statistics reveal the implications of any campaigning politician possessing social media microtargeting capabilities. Social media enabled the delivery of strategic information, without knowledge or consent, to a company whose objective is to exploit users’ data to influence voter behavior.

Crucially as well, social media provided the access Cambridge Analytica needed for their microtargeting campaigns to reach the intended audience. In the words of Professor and data scientist Jonathan Albright, “This is a propaganda machine. It’s targeting people individually to recruit them to an idea. It’s a level of social engineering that I’ve never seen before. They’re capturing people and then keeping them on an emotional leash.”

The ramifications of these revelations are highly significant. Social media and Big Data analytics are changing the way in which political candidates conduct their campaigns. The personal information and preferences shared on social media leave voters vulnerable to influence, and Big Data allows politicians to know exactly which buttons to push.

While it is beyond the scope of this work to definitively prove intentional collusion between the Russian government and the Trump campaign (although evidence continues to emerge at the time of publication), there is ample information to substantiate that there were unsavory influence campaigns conducted on both sides. To better understand the Russian angle, this analysis outlined the concept of Russian Information Warfare and elucidated the critical difference in its conceptualization between Russia and the West.

It emerges that this contrast has led to a security gap in Western cyber strategy: there has been too much of a focus on the technical aspects of cyber threats. While the US was trying to protect voting machines from getting hacked, the actual voters were the ones left most vulnerable. It becomes evident that social media not only made activities for generating disinformation/misinformation easier, but it facilitated its dissemination with penetrating precision and efficacy.

The second part of this work examined how the Trump campaign harnessed social media in two ways. Firstly, Trump exploited his status and power to legitimize Russian active measures; social media was vital in providing an avenue of communication with a direct audience of over 46 million.

Secondly, the Trump campaign used Big Data ‘election management’ company Cambridge Analytica, which uses a database of stolen personal details to micro-target voters, and has a history of running voter suppression campaigns. If the insinuation in Senator Warner’s quote (from the beginning of this paper) is true, according to the panel of experts he asked at the hearing, it is absolutely possible that Russian-hacked voter database rolls could have been used in coordination with.

Social media personal data gives context to the voter registration database information, and microtargeting tools such as Facebook dark posts allow voter suppression campaigns to be executed with razor precision down to the voting precinct. Cambridge Analytica is only one of a number of similar companies that are emerging. Social media and Big Data analytics are changing the way political campaigns are run, and the sinister side of it is: they know how to pull the right emotional strings to elicit the exact desired response. This is a perversion of the democratic process, especially if fake news, generated by a foreign adversary with the explicit purpose of subverting Western institutions, is used as a tool to influence public opinion.

It should be noted that these implications don’t apply to the US alone. Cambridge Analytica has provided its services to the Leave.eu (Brexit) campaign, two US Presidential election candidates, countries in Africa and the Caribbean, and their client list is only growing in light of their runaway success. In parallel to these revelations, Russia has also poured resources into Brexit, the US election, as well as French, Dutch, German, and Austrian far-right political parties.

Russia is aggressively pursuing a political agenda, and their expertise in the cyber domain is just a facet of a sophisticated grand political and military strategy—a demonstrable threat to liberal democracy. The West needs to adapt to the changing cyber landscape and begin to perceive threats differently. Cyber is much more than just the technical or the hardware. The exploitation of social media in the 2016 US Presidential election proved to be the perfect example of how information can be weaponized to swing an outcome and achieve a desired strategic objective.