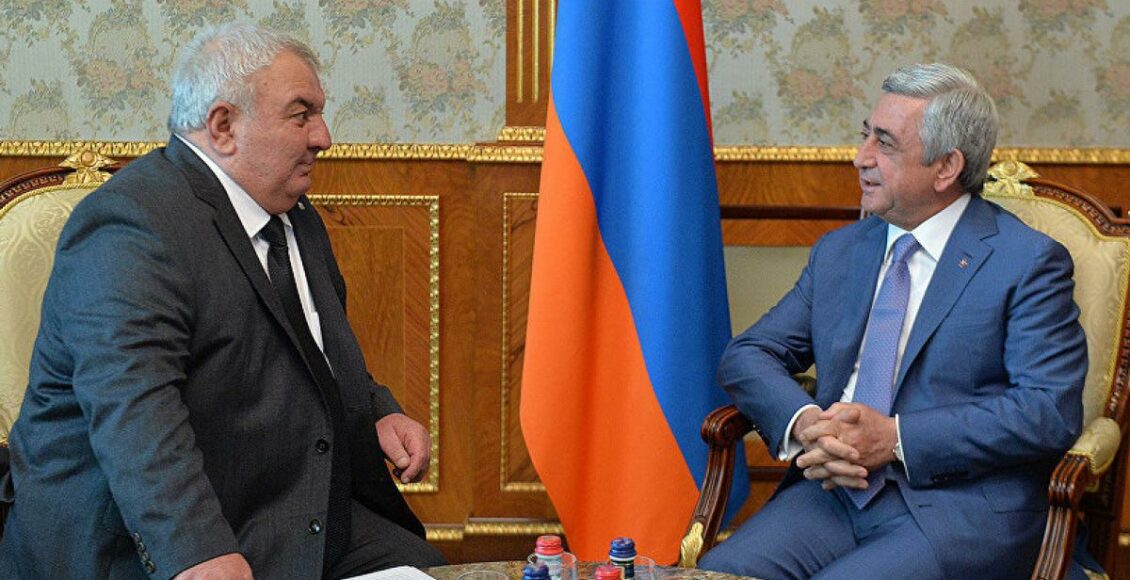 Armenian officials emphasized the case was only about internal affairs, but the response from Russia was not enthusiastic.

This story was originally published by Eurasianet.

Amid a period of heightened tensions between Yerevan and Moscow, Armenia has charged the head of the Russia-led security bloc with the crime of “subverting public order.”

Yuriy Khachaturov, the head of the Collective Security Treaty Organization (CSTO), was freed on bail after a late-night court appearance past midnight on July 28. He has been charged as part of an investigation by Armenia’s Special Investigative Service into a bloody crackdown on protesters in 2008. Former president Robert Kocharyan was arrested on July 28 as part of the same investigation, also charged with “subverting public order.”

Armenian officials emphasized that the charges have only to do with Khachaturov’s role in the 2008 events – he was the head of the Yerevan military garrison at the time of the crackdown – and had nothing to do with the CSTO.

“This is purely an internal process, within the framework of a criminal case under investigation in Armenia involving an Armenian citizen,” said Tigran Balayan, spokesman for Armenia’s foreign minister.

Khachaturov was named secretary-general of the CSTO last year, only the second person to hold the position, taking over from longtime head and high-ranking Russian intelligence officer Nikolay Bordyuzha.

Armenia has the right to choose a new secretary-general. “Secretary generals are appointed from member states in alphabetical [order],” Valery Semerikov, a deputy CSTO secretary-general, told Armenian news site Tert.am. “That authority is vested with Armenia until January 1, 2020.”

Armenia was moving to find a replacement for Khachaturov. “Placing great importance on the authority and ensuring uninterrupted work of the organization, Armenia has proposed to the CSTO countries to start the procedure of replacing the secretary-general,” Balayan said. “Armenia is loyal to its responsibilities to strengthen and increase the power of the CSTO.”

It’s not clear how important the CSTO secretary-general is now that it is no longer in the hands of Russia. Khachaturov was a very low-profile leader compared to Bordyuzha, who regularly spoke to the press and was one of Russia’s most prominent foreign policy voices.

Armenia’s new leadership has a delicate relationship with the CSTO. On the one hand, it is a conservative organization and has made an explicit priority of trying to prevent “color revolutions” in the post-Soviet space; Pashinyan’s “Velvet Revolution” is a color revolution in pretty much every respect except Russia’s decision not to oppose it head-on.

Corruption in Eastern Europe & Central Asia Is On the…

On the other hand, the CSTO is a key element of Russia’s security guarantee for Armenia, which will be crucial in the case that a large-scale war breaks out with Azerbaijan. If that happens before 2020, Yerevan will be choosing the person who – at least nominally – will be managing the alliance’s response.

The reactions from Russia to Khachaturov’s legal troubles were mixed.

The Russian foreign ministry issued a statement commenting only on the bureaucratic next steps, without commenting on any political ramifications: “In accordance with the procedural rules of the CSTO, the Armenian side itself must officially initiate the recall of its citizen from the post of secretary-general of the CSTO, if such a decision has been made in Yerevan.”

But a “high-ranking diplomatic source” told the Russian news agency Tass that Balayan’s statement was “unprofessional.”

“To hear something like this is especially strange considering that the recent changes in Armenia did not affect the working of the foreign policy apparatus, which not long ago presented to the CSTO Khachaturov’s candidacy, and most importantly knows very well the procedure” of replacing a secretary-general, the Tass source said.

Fyodor Lukyanov, the leading Russian foreign affairs analyst, told the newspaper Vedomosti that Khachaturov’s legal issues were purely related to Armenia and so “no one will interfere.” But military analyst Ruslan Pukhov told the paper that “the arrest of the CSTO secretary-general would undoubtedly lead to a decrease in trust in Russian-Armenian relations, including in the military sphere.”

For those Russians inclined to see the worst in Armenia’s new government, this was just more evidence of Yerevan’s untrustworthiness. “Imagine that, for example, Norway without warning put on trial the secretary-general of NATO. But with Russia, something very similar has happened – Armenia has charged the current head of the CSTO, the most important military-political bloc for Moscow,” wrote the news site Vzglyad.

“Pashinyan’s claims that he wants to continue the policy of good neighborly relations with Russia are not true,” the analyst Sergey Markov told Vzglyad. “We see that he speaks about friendship, but persecutes political figures oriented toward Russia. The persecution of an official figure in the CSTO is a manifestation of bad relations with the Russian leadership.”

Looking on the bright side, Markov concluded that “losing” Armenia wouldn’t be that bad for Russia. “It’s good that Russia has no vital interests in Armenia. Even if Pashinyan invites American soldiers to Armenia I’m not sure that it would be a significant blow to Russian interests.”

Joshua Kucera is the Turkey/Caucasus editor at Eurasianet and author of The Bug Pit.