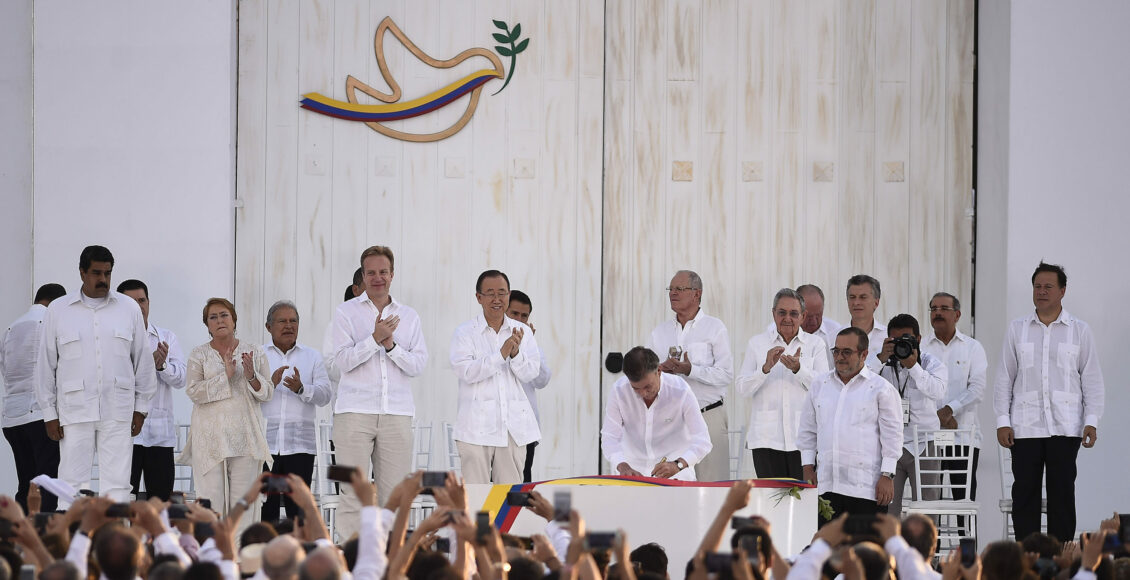 In a year of tumult, were there any positive trends? Experts point to a number of areas where progress was made, from reducing child mortality and poverty to improving women’s rights.

The year 2017 was marked by conflict, instability, and humanitarian crises. But there were bright spots as well. Here are ten areas where progress has been reported around the world.

1. The World Health Organization reports in October that global measles deaths have decreased by more than 80 percent since 2000 to an estimated ninety thousand last year. The drop is part of a broader decline in child mortality, which has been more than halved since 1990.

2. Colombia’s largest Marxist rebel group, the Revolutionary Armed Forces of Colombia (FARC), completes its disarmament process in June, six months after it reached a peace agreement with the government, bringing to a close Latin America’s oldest and bloodiest civil conflict. The second-largest rebel group, the National Liberation Army (ELN), agrees to a temporary cease-fire in September.

3. The hole in the earth’s ozone layer is the smallest it has been since 1988, NASA and the National Oceanic and Atmospheric Administration reports in October. Warmer weather conditions over the last two years prevented ozone-depleting chemicals from eating away at the protective layer, scientists say. They also attribute the improvement to decades of global efforts to reduce emissions of such chemicals.

4. Women’s rights advance in several Arab countries with the passage of legal reforms: Tunisia criminalizes violence against women, Lebanon and Jordan repeal laws that had permitted rapists to escape punishment if they wed their victims, and Jordan amends its penal code to do away with reduced penalties for so-called honor killings.

5. Eight countries adopted legal protections against discrimination based on sexual orientation, bringing the total to eighty-five, according to the International Lesbian, Gay, Bisexual, Trans and Intersex Association.

Belarus: The State in the Middle

6. The number of people living in extreme poverty, making $1.90 or less per day, continues its steady drop, falling from roughly 35 percent of the world’s population in 1990 to 8.4 percent in late 2017, according to the Vienna-based World Data Lab.

7. Gambia’s longtime authoritarian president, Yahya Jammeh, steps down on January 20, 2017, weeks after losing his reelection bid to Adama Barrow and a day after troops from the regional bloc ECOWAS cross into the country. Barrow’s government releases hundreds of political prisoners, holds legislative elections deemed free and fair, and announces plans for a truth and reconciliation commission.

8. Maritime piracy declines in the first nine months of 2017 compared to the same period in 2016, dropping 14 percent to 121 incidents, according to the International Chamber of Commerce. The organization attributes the improvement to more stringent naval patrols in some areas such as Indonesia. This follows a 25 percent decrease a year earlier.

9. After resolving Argentina’s billion-dollar dispute with bondholders in 2016, President Mauricio Macri continues promarket reforms that have lifted the Group of Twenty economy. October 2017 midterm elections reinforce Macri’s reform mandate, and the International Monetary Fund hails Argentina’s “systemic transformation of its economy” and progress in “restoring integrity” to the government.

10. The eurozone economy grows 2.5 percent more in the third quarter of 2017 than in the same period a year prior. The increase puts the zone’s economy on track to see its highest annual growth since before the 2008 global financial crisis. Unemployment in the single-currency area drops to 9.1 percent, its lowest level since early 2009.