What’s At Stake With the U.S. Recognition of Jerusalem 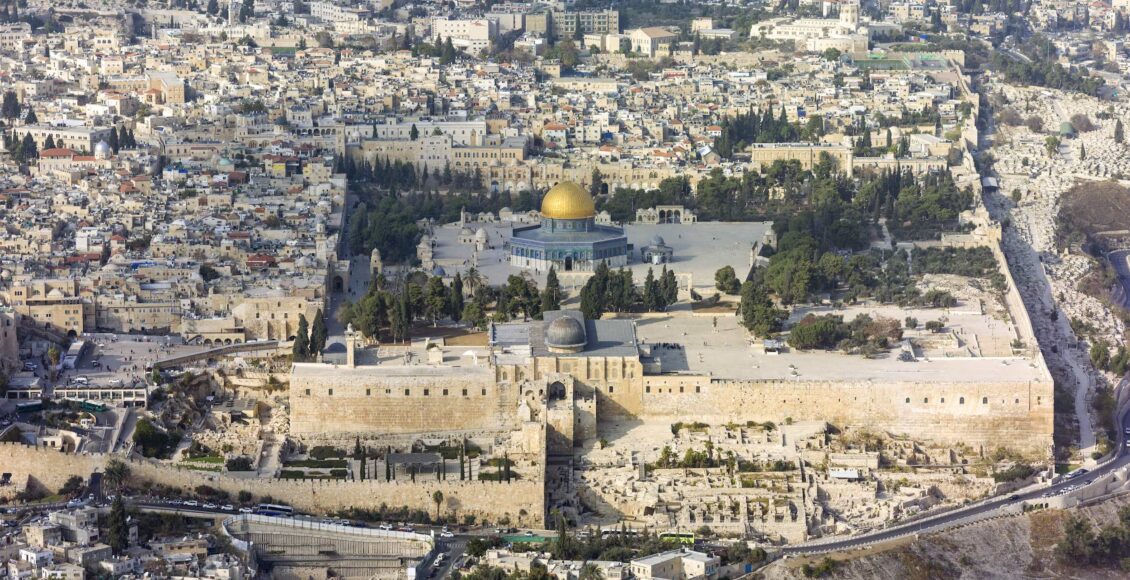 President Trump’s decision to recognize Jerusalem as Israel’s capital and relocate the embassy there could inspire protest and set back the Israeli-Palestinian peace process.

“Today, we finally acknowledge the obvious: that Jerusalem is Israel’s capital,” said President Donald J. Trump in a speech announcing his intention to construct a U.S. embassy there, reversing U.S. policy that dates back to President Harry Truman.

Israel considers the “complete and united Jerusalem” its capital, but Palestinians claim East Jerusalem for the capital of their future state. Trump is following through on a campaign promise that was a priority of some American evangelical and Jewish groups, but risks jettisoning a presidential initiative to establish Israeli-Palestinian peace, what he has previously called “the ultimate deal.” More immediately, the backlash against the move will likely include civil disobedience, and possibly violent protest, in Jerusalem and the Palestinian Territories. Protests could extend to Muslim-majority countries in the region, and the United States and Israel will face complications in their diplomacy the world over.

What is the international status of Jerusalem?

The walled Old City of Jerusalem, at just one square kilometer, is home to sites that are among the holiest in Judaism, Christianity, and Islam. Because of its unique cultural and religious significance, the UN General Assembly set aside Jerusalem to be a corpus separatum, or separated body, under UN trusteeship when it voted in 1947 to divide the British mandate of Palestine into two states, an Arab one and a Jewish one.

That position remained the international consensus even after the partition plan itself was preempted by Israel’s declaration of independence in 1948 and the subsequent invasion by Arab powers. An armistice the following year divided the mandate along what has become known as the Green Line, which cuts through the middle of Jerusalem. Israel established its seat of government in the western half of the city, while, across a no man’s land lined with barbed wire, Jordan took control of the city’s eastern half, including the Old City.

Israel captured East Jerusalem in 1967 and subsequently annexed it, redrawing its municipal borders to include surrounding Arab villages. In 1980, Israel’s parliament, the Knesset, designated the united city as Israel’s capital. By contrast, the West Bank, also captured in 1967, was not annexed; it remains under military occupation and Palestinians have partial self-government there, through the Palestinian Authority (PA).While Israel controls the city, the Oslo Accords, signed by Israel and the Palestine Liberation Organization (PLO) in 1993, stipulated that Jerusalem’s disposition would only be decided on in permanent-status negotiations between the parties. Other major issues under negotiation concern refugees’ right of return, security arrangements, borders, and mutual recognition.

Why is the U.S. embassy in Tel Aviv?

The United States, like all countries that have relations with Israel, has kept its embassy in Tel Aviv so as not to preempt such an agreement between the parties. In so doing, the United States has claimed to be a neutral mediator. (In practice, the peace process has long been on hold.)

A 1995 U.S. law [PDF] requires the relocation of the embassy to Jerusalem, but allows for presidents to waive the requirement in six-month intervals “to protect the national security interests of the United States.” Presidents Bill Clinton, George W. Bush, and Barack Obama issued waivers since then. Trump did so, too, on June 1, 2017, and again with this announcement.

What is the case for moving the U.S. embassy?

American and Israeli proponents of an embassy move say there is no national security imperative requiring such a waiver. U.S. diplomatic representation to Israel ought to be based at the country’s seat of government, particularly since the ambassador and embassy staff frequently conduct business there. What’s more, they argue, the United States almost universally recognizes whatever capital a country chooses for itself, and Israel should be no exception. Further, the diplomatic consequences of such a move can be contained by locating the embassy in West Jerusalem. That is presumed to remain a part of Israel under any plausible negotiated settlement, so relocating the embassy shouldn’t preclude a two-state solution that includes a Palestinian capital in East Jerusalem, which the Palestinians have insisted on.

Such arguments have bipartisan buy-in in the United States. Martin Indyk and Daniel Shapiro, who both served as U.S. ambassadors to Israel under Democratic administrations, argue that moving the embassy could actually jumpstart the peace process if paired with recognition of Palestinian claims to the eastern half of the city.

How could Palestinians respond?

Neither Palestinians nor supporters of their cause abroad are mollified by those arguments. They view U.S. recognition of Jerusalem and an embassy move as a thumb on the scale of future negotiations, validating Israeli efforts to establish its claims in the absence of talks. And since Prime Minister Benjamin Netanyahu routinely refers to Jerusalem as Israel’s “eternal, undivided capital,” and major Israeli opposition parties have welcomed the move, Palestinians could doubt that Israel ever intends to negotiate over Jerusalem.

Experts say Trump’s announcement is likely to compound a broader crisis of confidence among Palestinians that President Mahmoud Abbas, who has been in office for many years beyond his electoral mandate, can deliver statehood. Fatah and Hamas have called for three days of protest. Palestinian officials say they have no intention of sponsoring a third intifada, or uprising, yet there could well be grassroots violent resistance. To keep public confidence from further eroding, Abbas and the PLO could cut off security cooperation with Israel or withdraw Palestinian recognition of Israel. Saeb Erekat, a senior PLO official and veteran negotiator, said that by doing this the United States is “disqualifying itself to play any role in any initiative toward achieving a just and lasting peace.”

In the absence of negotiations, Palestinians could also seek membership in various UN agencies. U.S. law requires Washington to cut funding to any UN agency that admits the Palestinians as a full member, and so the United States could find itself without a voice at such bodies as the International Atomic Energy Association or the World Trade Organization.

What will be the international response?

Regional powers have already registered strong protests. Many of these are U.S. allies, and some have relations with Israel. Turkey said it will cut ties with Israel, while Jordan said it would thwart any subsequent U.S.-led peace initiative. Egypt and Saudi Arabia too warned Trump that recognition would be a provocation. Arab and Muslim publics around the world could protest the prospect that Jerusalem’s Islamic holy sites will remain permanently outside of Muslim control. Jordan’s King Abdullah II is particularly vulnerable to such charges, since the kingdom sponsors the Jerusalem Islamic Waqf, a trust that administers these sites.

If Saudi Arabia is perceived to be unable to protect Palestinians’ interests, the move could redound to Iran’s benefit, analysts say. “Muslims must stand unitedagainst this major plot,” President Hassan Rouhani said.

Public opposition to U.S. recognition of Jerusalem could also constrain Saudi Arabia, which has quietly been pursuing relations with Israel; the two have a common interest in containing Iran’s regional influence. Popular Saudi support for Palestinian statehood has prevented the kingdom from normalizing relations.

European leaders too warned against the move, saying it would set back any possible two-state solution. Few, if any, countries are expected to follow the United States’ lead by recognizing Jerusalem and relocating their embassies, meaning Jerusalem’s status would be no less internationally contested than before.

Analysts say that al-Qaeda and the self-proclaimed Islamic State could use the move to boost their recruiting pitches. More immediately, demonstrations at U.S. embassies and consulates are likely, and the State Department has made preparations for heightened risks of attack.

Who lives in Jerusalem?

Jerusalem is home to nearly one million residents. West Jerusalem’s population of some 330,000 is almost entirely Jewish. The eastern half of the city, which comprises the Old City, Palestinian neighborhoods, and refugee camps, along with some newer Jewish settlements, is home to about 320,000 Arabs and 212,000 Jews. Unlike Palestinians who live elsewhere in Israel, most Palestinian East Jerusalemites have permanent residency, but not citizenship, since they do not recognize Israeli sovereignty over the city.

East Jerusalemites complain of disparities in public services provided by the municipality, as well as discriminatory zoning, construction, and infrastructure policies, which, they fear, are meant to weaken Palestinian claims to the area. These inequities have in the past fueled protests and riots. So too have perceived changes to the management of and access to the Old City’s holy sites.

Thanks for signing up! Please check your inbox for an email confirming your subscription.
Via The Council on Foreign Relations
IsraelPalestinian TerritoriesUnited States
Share
You might also like
Energy