China’s Role in Ousting Mugabe During the Zimbabwe “Coup” 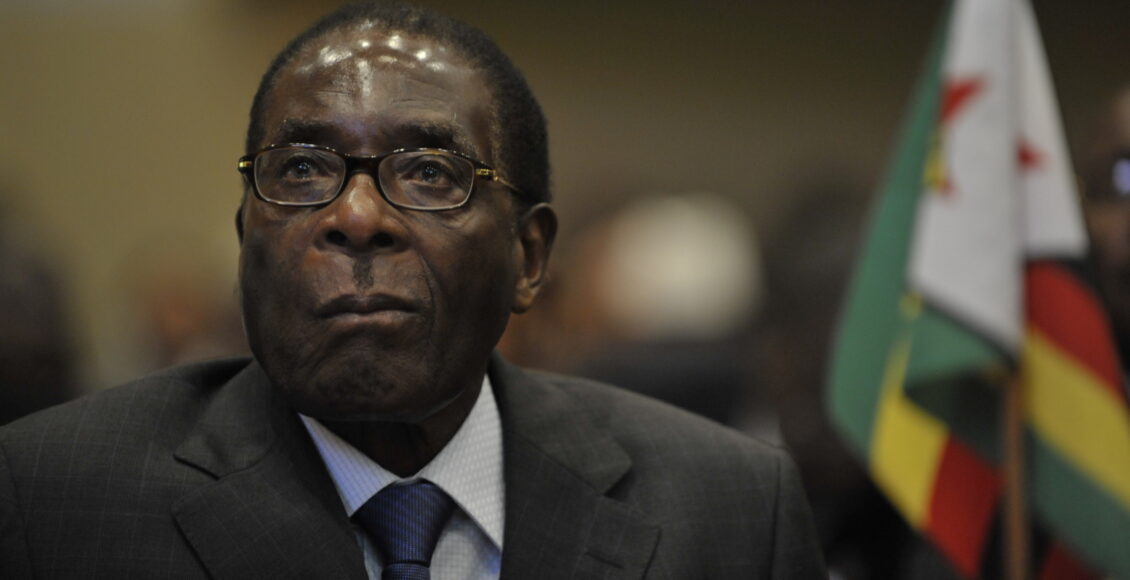 Why the focus on China’s role in Mugabe’s fall missed the bigger picture.

The ouster of Robert Mugabe has dominated global coverage of Africa over the past few weeks. In Western coverage of the first week after the coup in Zimbabwe, there was speculation about what China knew beforehand and whether Beijing played an active role in pushing for it.

China’s mention drowned out other notable external stakeholders such as the U.K., the U.S., South Africa, the Southern African Development Community (SADC) and the African Union (A.U.). And it almost threatened to overshadow the domestic dynamics that led to the changeover.

There are reasons to draw a direct parallel between China and the recent events in Zimbabwe. The most obvious is the fact that army chief General Constantino Chiwenga visited Beijing shortly before the tanks rolled into Harare. The timing of the visit was certainly eye-catching. It led to speculation that Beijing was informed beforehand of the coming coup.

There were also rumors that other external stakeholders, notably South Africa, had been informed.

But some coverage underplayed the distinction between knowing the coup was afoot and actively pushing for it. In some reporting, China was all but accused of fomenting regime change. The reason put forward was that relations between the two countries had soured in recent years because of Beijing’s concerns about loan repayments. There was also the issue of Chinese investments in the face of a ramped up indigenization campaign by Harare.

A decline in the “special friendship” between Mugabe and China is well documented. It’s a relationship that goes back to the Mao era and also involves Emmerson Mnangagwa, now president, who received military training in China. But simply jumping from these facts to the implication that China actively pushed for, or orchestrated Mugabe’s fall, skips over a few important facts.

In the first place, China has strenuously denied any involvement in the change of government. This is worth noting, though it’s unlikely to convince those looking for a conspiracy.

More fundamentally, there is little evidence of China in the post-Mao era pushing for regime change in Africa. This includes countries where it has more extensive economic interests than in Zimbabwe, and where those are in considerably more danger than in Zimbabwe. South Sudan is one example.

For all Mugabe’s many crimes, Zimbabwe during his reign was relatively stable and predictable. No matter how frosty the relationship between Harare and Beijing had become, Zimbabwe seems like an unlikely candidate for such a significant departure in tactics. This is especially true after the fall of Muammar Gaddafi, an event that pushed China even further away from support for interventionism.

Second, as the young, Hong Kong-based Zimbabwean academic Innocent Mutanga has argued, the Western fixation on a possible Chinese regime change plot has the effect of discounting African agency. This is doubly problematic because it also discounts the ability of African governing bodies like SADC to enforce the rules in their backyard.

In fact, the careful choreography that accompanied the ousting of Mugabe was aimed at appeasing the A.U. The aim was to avoid any invocation of the A.U.’s mandatory suspension of unconstitutional changes in government. This was a concern every bit as important for Mnangagwa’s faction as assuaging external powers’ interests.

The regime change argument misses a wider point: that Chiwenga’s visit can be read as a sign of China’s new prominence on the global stage. The fact that China was probably informed about the coup beforehand actually makes clear of its shifting geopolitical position. Being given prior warning shows that China is getting recognition alongside the US and UK as a fully fledged great power.

This perspective should lead us to focus in detail on Chinese investments in Zimbabwe – not because they might point towards direct Chinese involvement in Mugabe’s fall, but because they raise questions about how various Chinese actors interact with illiberal governments across the global south.

Since 2006 the relationship between China and Zimbabwe has been rooted in collusion between military and party elites on both sides. This led prominent Chinese companies into lucrative mining contracts in collaboration with companies owned by the Zimbabwean military. One such Chinese company is the arms manufacturer Norinco. President Mnangagwa and possible vice-president Chiwenga have been enriched via such joint deals.

A wider lens is needed

A narrow focus on whether China actively pushed for Mugabe’s fall tends to assume that the China-Africa relationship is a unique and isolated phenomenon. We would argue that the Zimbabwe situation calls for a broader look at how various Chinese role players act globally.

Under President Xi Jinping, China has begun to push more explicitly for great power status, and for a leadership position in world politics. Events in Zimbabwe strongly suggest that it’s time that the world – and particularly Africa – started to reflect on this new role and focused on what kind of global power China will be.

Professor of International Relations at London School of Economics & Political Science
Thanks for signing up! Please check your inbox for an email confirming your subscription.
Via The Conversation
African UnionChinaZimbabwe
Share
You might also like
Defense & Security