What’s Next for the United States’ Iran Strategy? 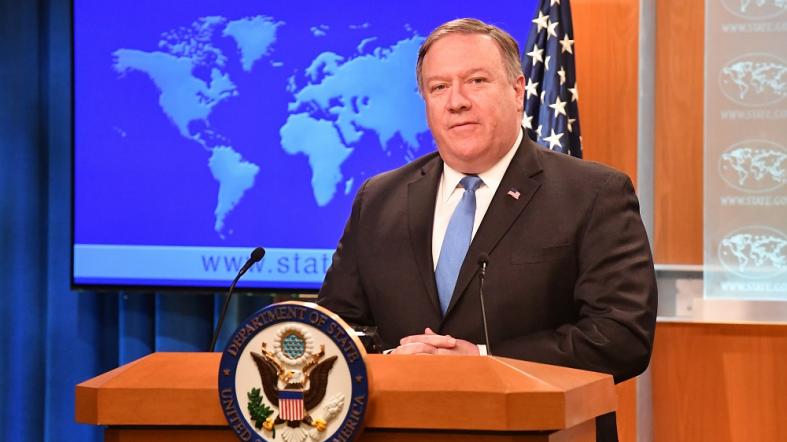 After the seizure of the U.S. Embassy in Tehran in 1979, the United States severed diplomatic ties with Iran and started imposing sanctions on the country. More than four decades later, Iran continues to support anti-U.S. proxy forces and the Syrian government while expressing interest in developing a nuclear weapons capability. The U.S. policy of maximum pressure is failing to change Tehran’s behavior. The situation is at a dangerous impasse. To achieve the stated aim of bringing about a positive change of behavior in Tehran, the U.S. should implement a step-by-step policy emphasizing reciprocal responses.

The U.S.-Iran relationship continues to change for the worse. Because of its history with foreign meddling, Iran’s government is fearful of regime change. Surrounded by unfriendly forces and isolated from the global financial market, Iran’s leaders are focused on regime survival. The U.S. withdrawal from the Joint Comprehensive Plan of Action (the Iran Nuclear Deal) has also diminished confidence in whether the U.S. will honor its commitments.

This new approach cannot be zero-sum. It must provide tangible progress for both sides. The U.S. needs assurances that Iran will not seek nuclear weapons, cease supporting violent proxy forces, and stop threats against Israel.  Iran needs assurances that the U.S. will not renege on commitments or threaten regime change.

A step-by-step approach requires incremental trust-building.  It must begin by disaggregating the current web of sanctions and breaking down the U.S. list of 12 requirements for a new agreement. Each measurable action requires a reciprocal response.  For example, the two sides could start with point five on the U.S. list, an exchange of prisoners. The U.S. should link relief of economic sanctions with compliance with international anti-money laundering and counter-terrorist financing standards.

Since 1979, over 30 different U.S. Presidential Executive Orders, Statutes, Regulations, United Nations and European Union sanctions have tried to coerce Iran to comply with different demands. The sanctions hurt the ability of Iran’s government to provide for its national defense, its citizens, and to support militant groups abroad. A rational leader would be expected to choose the first two; instead, Iran’s leaders have made the conscious decision to shortchange their citizens by spending funds on the third option while shifting the blame on outside threats. Iran’s refusal to alter its behavior may be fueled by pride, spite, or insecurities. Nevertheless, it’s clear that the regime places a higher value on resistance than submission.

History has shown we can successfully work with Iran on issues of mutual interest. After the 9/11 attacks, the U.S. hit Taliban targets in Afghanistan with the assistance of the Iranian government. Before the U.S. withdrawal, Iran complied with the terms of the Nuclear Deal for two years. It was successful in reducing Iran’s progress toward obtaining a nuclear weapon and in allowing extensive inspections of Iran’s facilities.

Some believe that a policy of “maximum pressure” on Iran is working. Yes, its impacts are evident; it has deterred most foreign investment and raised the average cost of milk over 400 percent since 2010. However, Iran has had 40 years to refine how it insulates the elites from sanctions. The regime keeps networks of smugglers, money launderers, and document forgers in business. Since sanctions disproportionally harm the average citizen rather than the elites, they have failed to change the regime’s behavior.

Those critical of U.S.-Iran negotiations say that partial concessions undermine U.S. national security. Yet partial progress would also provide benefits. A normalized Iran would reduce violence in Iraq and Syria. Renewed U.S.-Iranian relations would also hinder Russian clout in the Middle East. A de-escalation of tensions in the Middle East would directly increase U.S. capacity to deter great power competitors China and Russia.

There remains an opportunity to prevent another 40 years of U.S.-Iranian hostility. The U.S. still has diplomats experienced in successfully negotiating with Iran. They will be essential in formulating the long-term path of gradual sanctions reduction. Leading the world in a productive dialogue with Iran will restore global trust and confidence in the U.S.  A series of small steps can lead to great opportunities to create a safer world for the next generation of Americans.