The Unintended Consequences of Fake News 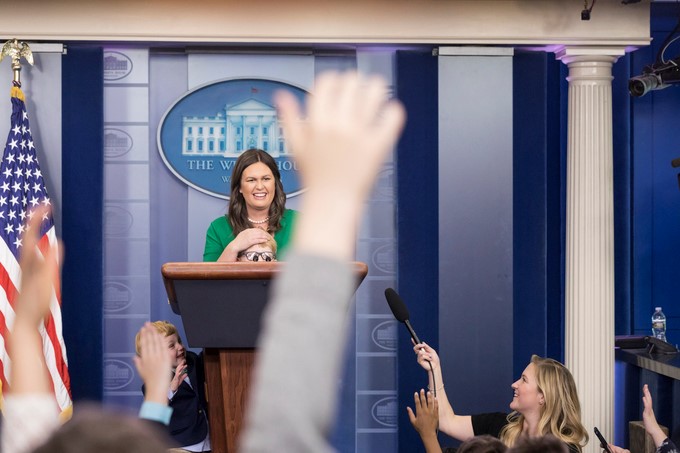 Unintended consequences are often found in the debris of partisan politics – and we’ve seen many there already during the short tenure of the Trump presidency.  But perhaps the most consequential yet unforeseen of the president’s unintended consequences has been the global impact of Trump’s comments regarding the so-called phenomenon of ‘fake news.’

Emblematic of Trump, despite warnings from various journalism watchdog groups that the global trend of his phrase may have restrictive and even deadly consequences – witness the suspected execution of columnist Jamal Khashoggi by the Saudi government, as well as the more recent anonymous delivery of a pipe bomb to CNN’s New York offices – the president seems to be taking the micro-narcissist view of the problem.  He expresses pride that a phrase he coined is gaining popularity around the world instead of focusing on the likelihood that his incessant criticism may likely be contributing to crackdowns by autocratic governments on freedom of expression and the press globally.

Ever resilient against criticism, if also ironically hyper-sensitive, Trump has ignored the United States’ precipitous fall to 45th place in the World Press Freedom Index because of his anti-news media rhetoric. And while it cannot be proven as causal, there does seem to be a strong inverse correlation between this decline and the increase around the globe of arrests and the physical harassment of journalists.

The strongest sign that “fake news” is more than a passing political fad is the disturbing example of a world leader within the cradle of democracy giving in to the temptation of using it as a weapon.  France’s Emmanuel Macron succeeded in passing a law which takes effect within three months of a general election and allows for emergency governmental action to block ‘manipulative and misleading information’ within 48 hours of it being brought before a judge.

What so disturbed Macron was his sense of being the target during 2017 of a vicious and fallacious disinformation campaign by political opponents.  Sound familiar?

There is no doubt that France feels confident that it has crafted a rational ‘golden middle’ path through the fake news debate by limiting the time frame in which the law can be utilized (strictly before general elections) and by requiring the potential target of government action to be brought before the judiciary for formal legal approval.  But the reality is that this French initiative could create its own unintended consequences, as it no longer allows isolates press restrictions to the realm of dictators.  Indeed, Macron’s move has given flexibility to stable democracies to do similar undemocratic things.

Meantime, what of those nation states that might be defined as decidedly less democratic – perhaps as autocratic or semi-autocratic?  How are they dealing with “fake news”?  Here’s a quick world tour:

While this list is by no means exhaustive, it suggests a general global trend:  governments are actively attempting to regulate, monitor, limit, and restrict citizen impact within online social/political participation.

Through it all, there never seems to be any explicit attempt to define and describe fake news. Keeping terms amorphous and ambiguous allows governments to advantageously use the slippery slope approach to opposition forces: “If you are against me I will just make sure the arguments you make are deemed fake news.”

Indeed, many if not most of the initiatives do not seem to be motivated by a desire to improve the quality of news and resource information for the public. Instead, they are structured to simply provide greater obstacles and legal roadblocks to grassroots organizations that are unwilling to be in lockstep with central authorities. The bottom line: Many of these fake news policies are really just poorly masked proposals to prevent a more significant and healthy development of civil society in nations that are in desperate need of such development.

Finally, it is not a coincidence that in every case, regardless of political system or regime, there is no mention or discussion of repercussions and consequences on the governments or their officials if they are found guilty of spreading fake news themselves – perhaps because governments have been issuing fake news – we used to call it propaganda – for ages.

If you accept all this to be true, then you are left with one very disturbing political conclusion about these fake news initiatives: they are not efforts to improve the quality of political dialogue but ultimately to shut down that dialogue altogether.

When governments seem intent to weaponize alleged fake news and use it to bludgeon opponents and opposition, then the ultimate political consequence is the crippling of public oversight, citizen criticism, and grassroots activism.

Which leads us back to the United States and President Trump.  Many here seem to view President Trump’s tirades against fake news with bemusement, yet a lack of real concern due to their enduring faith in the institutions of American democracy and its innate principles safeguarding freedom of the press, association, and expression. That is all well and good.  But many of the governments around the world, clearly inspired by Trumpian rhetoric, are not beholden to our check-and-balance structural limitations.  As such, their efforts do not bolster the quality of their politics but serve only to solidify their power.

Dr. Matthew Crosston is a member of the Senior Doctoral Faculty in the School of Security and Global Studies at the American Military University. He has a BA from Colgate University, MA from the University of London, and PhD from Brown University.