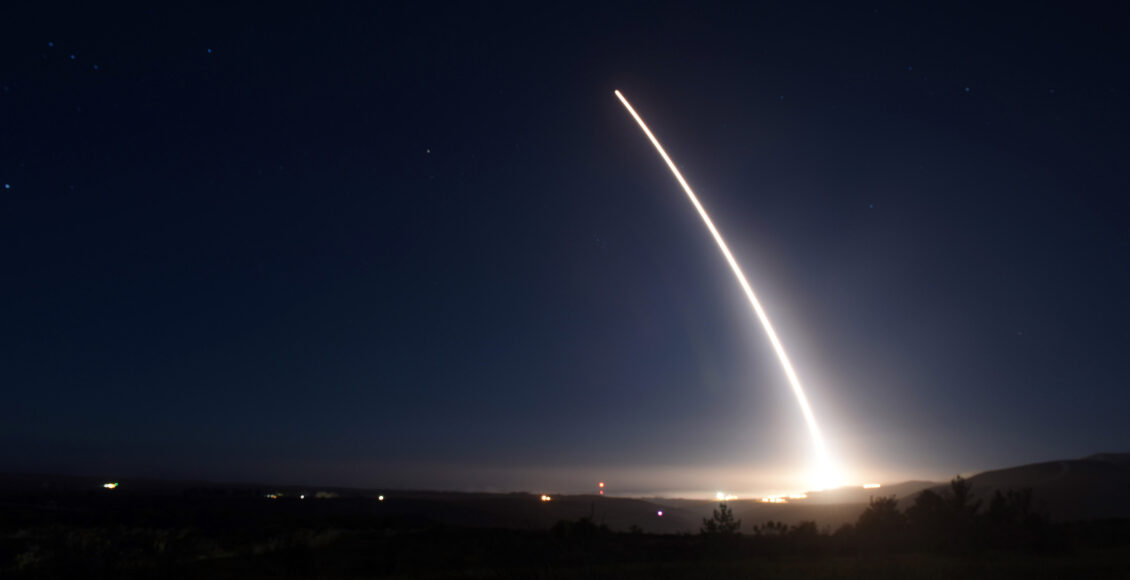 U.S. strategic and tactical nuclear weapons on land, in the air, and at sea, will undergo costly and extensive modernization in the coming years.

U.S. nuclear forces, operated by the Air Force and Navy, have entered a years-long period that will see the modernization of warheads, bombs, and delivery systems. Many of these land-, air-, and sea-based systems, which constitute the so-called nuclear triad, entered service during the Cold War and will reach the end of their life cycles in the coming decades.

The ballistic missiles, submarines, bombers, fighters, and air-launched cruise missiles in operation today will be gradually phased out for newer systems. The United States will also develop new nuclear warheads and upgrade facilities that produce and maintain nuclear weapons. However, while some modernization efforts are already underway, debate persists in Washington over their direction and extent, especially given the massive investments they will require. The Congressional Budget Office estimates [PDF] that maintaining and modernizing U.S. nuclear forces will cost $400 billion between 2017 and 2026.

How did the nuclear triad emerge?

The triad emerged and evolved, more by accident than design, over the four decades of the Cold War as the United States and the Soviet Union responded to each other’s advances. “No one set out to create the triad,” says Stephen Schwartz, editor and co-author of Atomic Audit: The Costs and Consequences of U.S. Nuclear Weapons Since 1940. “It arose out of interservice rivalry, pork barrel congressional politics, competition between defense contractors, fear of the Soviet Union, and highly redundant nuclear targeting.”

Each leg of the triad reinforces the U.S. strategic nuclear deterrent, which has been the bedrock of national defense since the 1950s. In the early stages of their development, nuclear weapons were so large they could only be delivered by bomber aircraft. They were used for the first and only time against Imperial Japan, in 1945. The first intercontinental-range ballistic missiles were incorporated into the U.S. nuclear arsenal by the late 1950s. The first ballistic missile submarine for strategic deterrence began operations in the early 1960s.

What are the legs of the U.S. nuclear triad?

Ground. The ground-based leg of the U.S. nuclear triad, managed by the U.S. Air Force, is the largest of the three regarding the number of delivery platforms. It comprises four hundred Minuteman III intercontinental-range ballistic missiles (ICBMs), which were first deployed in 1970. ICBMs are missiles capable of striking targets more than 5,500 kilometers away. Each Minuteman III can deliver one warhead, though the missile originally designed to carry three to multiple targets. The United States keeps ICBMs on nearly constant alert. They are in underground silos spread out across thousands of acres of farmland in Colorado, Montana, Nebraska, North Dakota, and Wyoming.

Sea. The sea-based leg of the U.S. nuclear triad, by far the largest in terms of total deployed warheads, comprises more than two hundred Trident II submarine-launched ballistic missiles (SLBMs), which can be launched from fourteen Ohio-class nuclear-powered submarines (SSBNs) based in Washington State, on the west coast, and Georgia, on the east coast. Twelve of the fourteen SSBNs are at sea at all times, with five each in the Pacific and Atlantic Oceans always on “hard alert” in designated patrol areas, ready to launch their missiles within minutes of receiving an order from the president. Each Trident II SLBM can deliver four to five independently targetable nuclear warheads, although the missile is capable of carrying up to eight warheads.

Air. The air-based leg of the U.S. nuclear triad comprises two types of heavy bombers, which are based in Louisiana, Missouri, and North Dakota: forty-four B-52H Stratofortresses and sixteen stealth B-2A Spirits. The B-52H, which has been modified extensively over its fifty years of service, carries nuclear-tipped, air-launched cruise missiles. The B-2A, which became operational in 1997, can be armed with three different nuclear bombs. The Air Force used another aircraft, the B-1B Lancer, for nuclear missions until 1997, but has since modified it to carry only conventional weapons.

What other nuclear weapons does the U.S. have?

The United States also has approximately five hundred nuclear bombs adapted for tactical use with various fighter aircraft. About 150 of these are located at bases in five NATO ally states, but modernization plans may include reducing the total number of deployed tactical nuclear weapons. Though they have no fixed definition [PDF], tactical nuclear weapons are generally distinguished from strategic ones by their shorter delivery ranges, and they are designed for battlefield scenarios in which conventional weapons might otherwise be used. (Tactical nuclear weapons have never been used in battle.)

What modernization is planned for each leg of the triad?

Ground. The planned replacement for the Minuteman III ICBM, known for now as the Ground-Based Strategic Deterrent (GBSD), is still in the design phase. In the meantime, the Air Force is continuing to upgrade the Minuteman III.

Sea. First deployed in 1981, Ohio-class submarines will be replaced beginning in the early 2030s with Columbia-class submarines, which are expected to operate through the 2080s. Assuming current requirements and cost projections hold, the Navy will likely operate between ten and twelve Columbia-class SSBNs, which will feature sixteen missile launch tubes, four fewer than the Ohio-class SSBNs have. The submarine-launched Trident II is undergoing improvements to extend its service life through the early 2040s. The Navy will likely reduce the number of deployed SLBM warheads as well.

Air. The U.S. Air Force is developing a new stealth bomber, the B-21 Raider, which will be capable of delivering both nuclear and conventional payloads. Meanwhile, the Air Force is expected to upgrade and keep the B-2A Spirit in service through 2058[PDF] and the nuclear-capable B-52H through 2040.

The Air Force has put out contracts to develop a new weapons system, known as the Long-Range Standoff (LRSO) cruise missile, which may be capable of delivering both conventional and nuclear warheads and be interoperable across the U.S. nuclear bomber force. It is not expected to be operational until 2030.

Russia is the only other nuclear weapon state with an arsenal comparable to that of the United States. The New START Treaty [PDF] entered into force in February 2011 and limits U.S.- and Russian-deployed warheads to 1,550 and deployed delivery vehicles—individual ICBMs, SLBMs, and heavy bombers—to 700. The United States and Russia report their strategic warhead and delivery vehicle counts to each other on a biannual basis.

The United States entered another bilateral treaty, the Intermediate-Range Nuclear Forces (INF) Treaty [PDF], with the Soviet Union in 1988; it remains in place with Russia. To comply with the INF Treaty, both countries destroyed their ground-launched, ballistic, and cruise missile systems—both nuclear-capable and conventional—with ranges between five hundred and five thousand kilometers. However, the Obama administration said in 2014 that Russia’s testing of certain missile systems [PDF] violated the agreement. Russia has reportedly deployed these banned systems, although Moscow denies that it has violated the treaty.­­

Why is nuclear modernization debated?

Shortly into his tenure, President Obama declared “America’s commitment to seek the peace and security of a world without nuclear weapons.” Despite this, most of the ongoing triad modernization began under his administration, and fewer U.S. nuclear weapons were eliminated under him than under any other post–Cold War president. President Donald J. Trump declared shortly after his election in 2017 that he would seek to “greatly strengthen and expand [U.S.] nuclear capability,” and he ordered the Department of Defense to conduct a review of the U.S. nuclear posture, which is expected to be completed by early 2018.

Some aspects of nuclear modernization face political opposition, with critics noting that the triad itself is an artifact of Cold War-era strategic thinking. In 2017, a group of Democratic senators sought to slow development of the LRSO, citing strategic concerns and high costs. Others, including former Defense Secretary William J. Perry, have recommended abolishing the ICBM force, arguing that the other two legs of the triad would be sufficient for deterrence.

Thanks for signing up! Please check your inbox for an email confirming your subscription.
Via The Council on Foreign Relations
ChinaEuropean UnionIranJapanMilitary StrategyNorth KoreaRussiaUnited States
Share
You might also like
Energy