The Inevitability of the Taliban’s Resurgence in Afghanistan 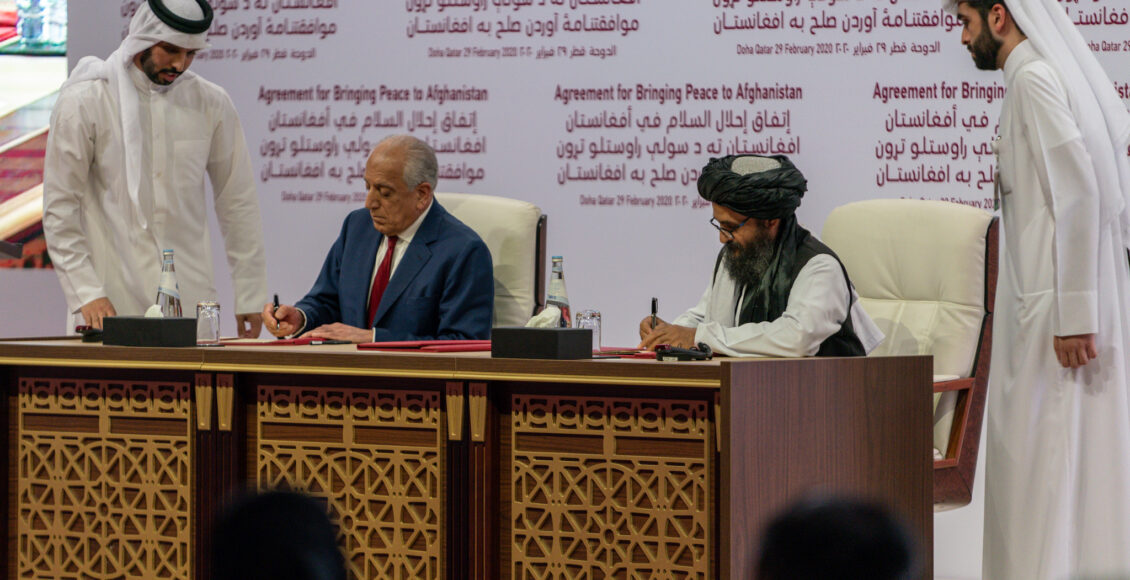 With the Biden Administration poised to withdraw US troops from Afghanistan a criticism and worries that Biden’s decision is a mistake because it will end up in the Taliban resurging and retaking control over Afghanistan are beginning to mount. The prospect of Afghanistan falling into the hands of the Taliban, the brutal and menacing insurgency that gave safe haven to al-Qaeda following the 9/11 attacks, is gut-wrenching to the American heart. But regardless of our perception of diminishing returns for all the lives, money, and resources invested into creating a free and democratic Afghanistan, a struggle for power between that new coalition-built government and the Taliban was always going to be the inevitable outcome of the US-led intervention.

The US-led invasion was intractable from the start. With the invasion occurring less than a month after the attacks on September 11th, 2001, the US did not give itself or its coalition partners much time to devise a plan of action for the invasion and to create peace after the invasion. Though the legal basis was clear – al-Qaeda led by Osama bin Laden committed the most devastating terror attack on US soil to date, the Taliban harbored bin Laden and much of his al-Qaeda network within Afghan territory, therefore, the Taliban was complicit – the US failed to develop a comprehensive regime of goals and objectives outside of finding bin Laden and destroying the Taliban for harboring him. The Bush administration did try to ‘provide the security that is the foundation for peace,’ but failed to develop a functional strategy to achieve this because there was no real conceptualization of what that meant.

“It was an accidental war” following September 11, 2001. “It was initially to punish those who committed the crime with no plans or strategy for what needs to happen after that.”

Ultimately, without significant conceptualization of what a post-Taliban Afghanistan could or should look like, NATO was never going to be able to do more than temporarily disrupt the Taliban which proved more resilient and willing to wait out the Coalition in the short and medium terms.

Development was Neither Afghan Centered nor Afghan Led

Part of what seems to sting the most for Americans critical of the withdrawal is the prospect of losing all of the progress that was made in Afghanistan towards building a democratic future for the country. But that was always impermanent. The development work in Afghanistan, from democratization initiatives, government capacity building, to infrastructure development, was always NATO-led, and therefore fragile when it came time for NATO to leave. Rather than empowering the Afghans to build organic political structures and institutions and security agreements and forces, NATO laid much of the groundwork itself. By imposing governmental structures and administrative procedures and making deals and agreements with local and regional leadership, NATO never allowed the new government to build a sense of legitimacy it would need to govern and keep Afghanistan secure by keeping those relationships and agreements intact after the occupation ended. This was probably done to prevent corruption and ensure capacities were built in ways that NATO could understand and quantify to continue justifying to publics back home. But this left the new Afghan government without its own roots and struggling with a perception of being a product of outside occupiers that would crumble once NATO left.

This is similar to what the US saw in Iraq. The US created partnerships between different regional and tribal groups to help bring security to the more turbulent regions of Iraq. But when US troops left the country, the bonds that held these regional coalitions together quickly snapped under the pressure of the inevitable power vacuum. Militias and warlords raced for arms and control of resources, ultimately devolving the country into civil war because the new Iraqi government was not yet stable enough to fill it. Because the new Afghan government hasn’t been at the helm creating its own security and stability, the same power vacuum is almost inevitable in Afghanistan as well. And the Taliban has been lying in wait for the day that NATO leaves and that vacuum opens up.

Is Afghanistan Better Off?

We must also question, like in Iraq, if Afghanistan is better off today than it was before NATO’s occupation. It is easy to look at democratization efforts and infrastructure projects like building schools and hospitals and say “yes, clearly.” But in reality, the NATO-backed government in Afghanistan only holds control of about 50% of Afghanistan’s total territory right now. The rest is controlled by the Taliban and aligned warlords. The reach of that development has not spread across the entire country. Further, what good has this development done if the people of Afghanistan are still captured in crossfire. Estimates from 2019 say that as many as 43,000 civilians, including women and children, have died as direct casualties of the occupation. As many as 100,000 more received injuries directly from occupation operations, not to mention mental trauma and indirect deaths and injuries. There are some positive outcomes from the occupation. But those outcomes aren’t widespread, sustainable post-occupation; and there’s a legitimate argument that these positive outcomes are offset or outsized by the brutal cost of the conflict in total.

Could the US & NATO Endure?

This article is not intended as a cynical endorsement of President Biden’s plan to withdraw US troops from Afghanistan. Rather, it is meant as a reckoning with the reality of the situation in Afghanistan over grandiose ideations of some undefined victory over the Taliban. The Taliban is dug in. It is fighting for what it sees as a righteous homeland. It knows how to extract resources from the environment in Afghanistan, including maintaining legitimacy with which foreign occupiers cannot compete. NATO can weaken it, but the Taliban can, has, and will endure in the shadows until the NATO tires. The US & NATO cannot endure, not the same way the Taliban can. The occupation is costly in lives and money and NATO partners must constantly justify these costs to publics at home that do not want to continue paying.

What is a Better, More Feasible Alternative?

Unfortunately, there are no good alternatives for NATO. The returns from the occupation continue to diminish as the Taliban gains more territory. And continuing the occupation will only prolong the inevitable. However, there may be some hope for a long-term shift in strategy that won’t dismantle the Taliban but may help build stability and give the chance for peace in the future. The Biden administration has begun the process – regional security cooperation between Afghanistan, the US, Pakistan, India, Russia, and China through the United Nations. It’s not clear exactly what roles each of these partners will have in promoting peace in post-occupation Afghanistan, but there is potential here. The security of the Central Asian region depends on the security of Afghanistan. Continued instability and insecurity in Afghanistan threaten the security of Pakistan and China directly, as they share land borders with Afghanistan and spillover effects could threaten regional dynamics destabilizing security dynamics for the others as well.

If this cooperation centers on the needs and capacities of Afghanistan and is led by Afghanistan, then there is hope that the democratic Afghan government can create crucial legitimacy-building and capacity-building initiatives. This would allow Afghan security forces to better counter Taliban operations and resource networks and disrupt the Taliban’s social, tribal, and cultural ties that help entrench its power. It would also show Afghans that they can have confidence that their government can provide good governance for them, not the foreign occupiers who are providing or dictating over them. But that would mean great care would need to be taken in this new security cooperation to ensure that Afghan forces lead and construct security operations and Afghan politicians and public servants need to develop, lead, and guide development initiatives following the needs and desires of the Afghan people. More specifically, that means Afghans need to be in charge of how development aid is distributed and used. This is a sharp change to how development aid is normally done – conventionally, how development aid is used and distributed is dictated by the aid giver- But this limits the aid recipient from being able to tailor that aid to the dynamic needs of the people it’s supposed to help, forcing them to either return of not use the aid or use it outside of its prescriptions and then face accusations of corruption. But if this new security cooperation can center the needs, interests, and leadership of Afghans first, then there is a that it will be able to push back against the Taliban over time. This won’t be overnight, or probably not even over the course of months or a year. But a long-term process of development, security cooperation, and resource investment into Afghan governance and economy may ultimately be the key to finally dismantling the Taliban rather than pushing them into the shadows.

Benjamin Cole is a Ph.D. candidate at the University of Cologne's Institute for International Politics and Foreign Policy, where he is focused on radicalization and extremism with broader interests in security cooperation and policy. Cole is a Fulbright Alumnus from the 2016/2017 academic year and holds a BA in Political Science and an MPA with a focus on security policy from Auburn University in Auburn, Alabama.