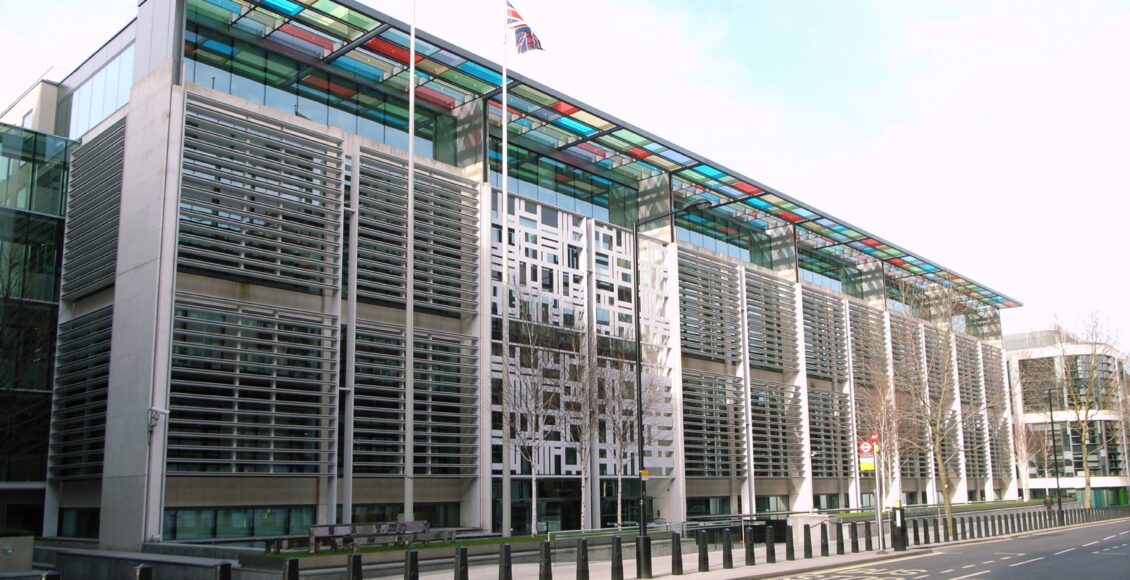 With the advent of the twenty-first century came differing classifications of national security threats and a shifting order of strategic preeminence.

The risk of extremism and consistent alienation of citizens in European countries have both expanded and diversified. Some European Union member states in the EU require security sector reforms and the replacement of old communist security and intelligence infrastructure to tackle the hydra of radicalization and extremism.

The British state has abruptly clattered down to “earth with a very hefty collision, thanks to the Brexit hydra.”1 The country is in a profound social and financial crisis—its machinery and security infrastructure are operating on a long-established streak. Security sector reforms are needed to make the system professionalize and competent. Mr. Tom Winsor’s police reform paper and the inquiry report into the Justice system both stressed the need for professionalization of police and law enforcement agencies, but no practical implementation has occurred.

The British state is in trouble and is sliding into the unholy-mess of Brexit, and its future is going to become gloomy outside Europe due to its economic and political confrontation with the EU.2 The culture of racism, hatred, social, and political discrimination intensified after the 2016 Brexit referendum.3 Second, the Brexit crisis has become a permanent headache of government and civil society, which is going to damage the special relationship between the U.K. and the United States. The 2019 leak of a U.K. National Security Council meeting, in which cooperation on 5G infrastructure with Huawei—a Chinese technology company that is alleged to have close ties with the Chinese Communist Party’s armed wing, the People’s Liberation Army—was viewed by security experts as a matter of grave concern. If the company is permitted to operate with free-reign in the U.K., the country’s relationship and intelligence cooperation with the U.S. will be deeply affected.4

British civil society and the country’s intelligentsia are, in large part, opposed to Brexit, citing Britain’s century-long relationship with the continent. On February 13, 2019, the Guardian newspaper reported the concerns of more than forty former Ambassadors and High Commissioners about the entanglement of Brexit and its ramifications. In a written letter to the Prime Minister May, they warned that “British influence in the world will wane if the country leaves Europe’s trading and foreign policy bloc”.5

The Prime Minister did not bring to bear the concerns of intelligence Chiefs about the consequences of Brexit. In the aftermath of these critiques, the government introduced the National Security Capability Review (2018),9 to tackle national security challenges, but the growing influence of extremist forces across the country10, cast doubt on the credibility and highlighted the weak approach of the May government to national security. The first major strategic failure of the review is that it did not elucidate the security road-map: “This lack of strategic clarity has been highlighted by the Joint Committee on the National Security Strategy (JCNSS), the main parliamentary body scrutinizing its implementation.”11 The country’s National Security Strategy also missed the boat to keep momentum with emerging threats and didn’t adequately respond to the exponentially growing threat of radicalization.12

In its 04 June 2018 version, the U.K. Counter-Terrorism Strategy highlighted many vulnerabilities, citing the proliferation of jihadism, and a growing number of terror networks across the country, which prompted negative perceptions about its operational effectiveness, and popularity.13, However, several new amendments were added to the National Security Strategy, Strategic Defense and Security Review, and Cyber Security Strategy, to make effective law enforcement and intelligence infrastructure against radicalized forces, lone wolves and foreign espionage, but these amendments are not a proper panacea to the looming security crisis—more work is needed to make police and security agencies effective.14

From January to June 2019, more than 100 people in England were killed, and 100 more were injured in different incidents, but the police and law enforcement agencies have no security plan to address the concerns of communities. Interestingly, no single Muslim was found behind these attacks, while British Home Secretary Sajid Javed shamelessly linked terrorism to Islam. His recent verboseness against Islam appeared in a recent report of Christian Today newspaper: “Islam has been responsible for terrorist attacks in Britain…….“it is ‘lazy’ and ‘wrong’ to suggest terror has nothing to do with Islam. But I think it is absolutely fair to say that there is a special burden on Muslim Communities because whether we like or not these terrorists call themselves Muslims, the newspaper reported.15 The Home Secretary acted irresponsibly and did not take into account the concerns of Muslim communities.

Adding insult to injury is the country’s Snoopers Charter Surveillance (SCS) and the government’s war on civilian privacy. Liberty, a British human rights organization recently highlighted the powers of the Snoopers Charter Surveillance and data collection methods that were causing communities irksomeness: “When the U.K. government passed a law allowing the mass collection of data from all U.K. citizens…..The Investigatory Power Act, more popularly known as the ‘Snoopers’ Charter,’ allow for the indiscriminate collection of data”.16 The police has now practically started using the Snooper Charter Surveillance on a borough-level to monitor communities and their activities day-by-day.

Recently, Liberty and Privacy International called on local communities to report the negative impacts of this consternating and offensive surveillance of local policing authorities, to the Police and Crime Commissioner. The way local police stations using modern surveillance technologies in streets and markets have put our privacy at risk. From car surveillance to mobile phone and drone technologies, the police forces have an unparalleled view into the lives of ordinary British citizens.

Individual liberty and human rights groups recently warned that excessive and offensive use of surveillance tools by the police might alienate communities from the state and government: “From facial recognition in streets to monitoring social media and mobile phones, the police are not open and honest about what tech they use, where they use it, who they use it against and what laws allow them to do so. However, surveillance tech is being used without the public knowledge or consent, on the ground that 95% percent civilians know nothing about the evolving and changing operational mechanism of police surveillance in cities, towns, and streets”.17

More worrisome is the unauthorized surveillance in which South Asian intelligence agencies are using their spies against their political opponents. They are cruising in cities and towns with impunity, and receive their salaries through a third person, or from their embassies.

This author has personally experienced eaves-dropping many times in high streets and shopping plazas in London.18 Foreign terrorist fighters present a significant threat to the national security and critical infrastructure of the country. Since 2014, we have seen large numbers of radicalized individuals traveling to Iraq and Syria, while Joint Terrorism Analysis Centre (JTAC), and Intelligence and Security Committee are showing their performance on papers in their annual reports. In reality, the state’s response has been feeble since the emergence of the Islamic State (IS) in Syria and Iraq.19 Intelligence wars between foreign entities on British soil is making thing worse. The security relationship with the EU community remains in flux, while internal political disagreement and deteriorating law and order are prompting a brain drain within civil society and intellectual forums.20

EU resentment towards the U.K. raises several concerns—particularly the attitudes of France and Germany. In a knee-jerk reaction to U.K. electronic surveillance operations on its soil, Germany immediately canceled a Cold-War era agreement with U.K.21 In 2013, Germany, France, and Spain summoned U.K. Ambassadors to explain the country’s motive behind its intelligence collection practices. To distract from this and in an effort to disguise its own weaknesses, the British government published a security document, underlining the threat of 20 foreign intelligence agencies to the U.K.22 This was to prove that Germany and France were also spying on Britain.23

British counter-extremism and counter-intelligence capabilities are broken. British law enforcement agencies face a multifaceted crisis, including the lack of a common operational mechanism, and a lackluster technical approach to domestic security.24 The U.K. National Security Council also lacks the professional capacity to implement policy properly. Since the U.K. voted to leave the EU in 2016; huge questions surrounding its place in the international community were left unanswered. Prime Minister Theresa May sacked her Defense Minister, Gavin Williamson over the leaks of security secrets of the discussion of National Security Council about the Chinese Huawei crisis. This act of the Prime Minister proved that many things were not going in the right direction within her government.25 Iinar research paper underlining crucial aspects of the NSC and its significance to national security, Institute for Government research associates Dr. Joe Devanny and Josh Harris assert that:

“The NSC is a relatively new committee, but it is only the latest iteration of over a century of Prime-Ministerial efforts to coordinate national security issues from the center. To date, there have been few sustained attempts to examine the NSC and its performance. Four and a half years on different Prime Ministers choose to approach the issue, structure, and appointment of senior advisors in different ways. It is important that the center of government can accommodate each Prime Minister’s preferred way of working. Few Prime Ministers now take office with much experience of National Security issues, and National Security coordination is rarely a key them in general election campaign. But no Prime Minister needs to reinvent the wheel once in office; their predecessors have grappled with similar problems of coordination for over a century.”26

There are a number of national security and law enforcement agencies performing different stabilization roles in the country. However, if one examines their cycle of information, analysis, and operational mechanism, one can conclude that, without the introduction of meaningful security sector reforms, they will be unable to respond to looming national security challenges.27

[3] Whether it’s Brexit or Bremain, the UK is in long-term economic decline, David Brown, South China Morning Post, 28 May 2018 https://www.scmp.com/news/world/europe/article/3012428/uk-leadership-race-can-hong-kong-born-rory-stewart-beat-us-born

[4] The decline and fall of Britain, Brian Cloughley, 09 December 2016 https://www.counterpunch.org/2016/12/09/the-decline-and-fall-of-britain/, and also, Brexit Is Killing the Special Relationship: Britain’s partnership with the United States always depended on its usefulness—and that’s starting to fall off a cliff. BY STEPHEN PADUANO, Foreign Policy MAY 2, 2019, https://foreignpolicy.com/2019/05/02/brexit-is-killing-the-special-relationship/

[16] Stand up to police spying, Liberty and Human Organization, https://www.libertyhumanrights.org.uk/stand-police-spying

Musa Khan Jalalzai is a research scholar and a member of the Research Institute for European and American Studies. With over fifteen years of experience in political research and analysis, he specializes in the affairs of Pakistan, Afghanistan, the Taliban, ISIS, nuclear and biological terrorism, and intelligence analysis. He holds a Master's in English Literature and a Diploma in Geospatial Intelligence from the University of Maryland, a certificate in Surveillance Law from Stanford University, and a Diploma in Counterterrorism from Pennsylvania State University.