When it Comes to Security in the Middle East and Afghanistan, Climate Change is a Looming Threat 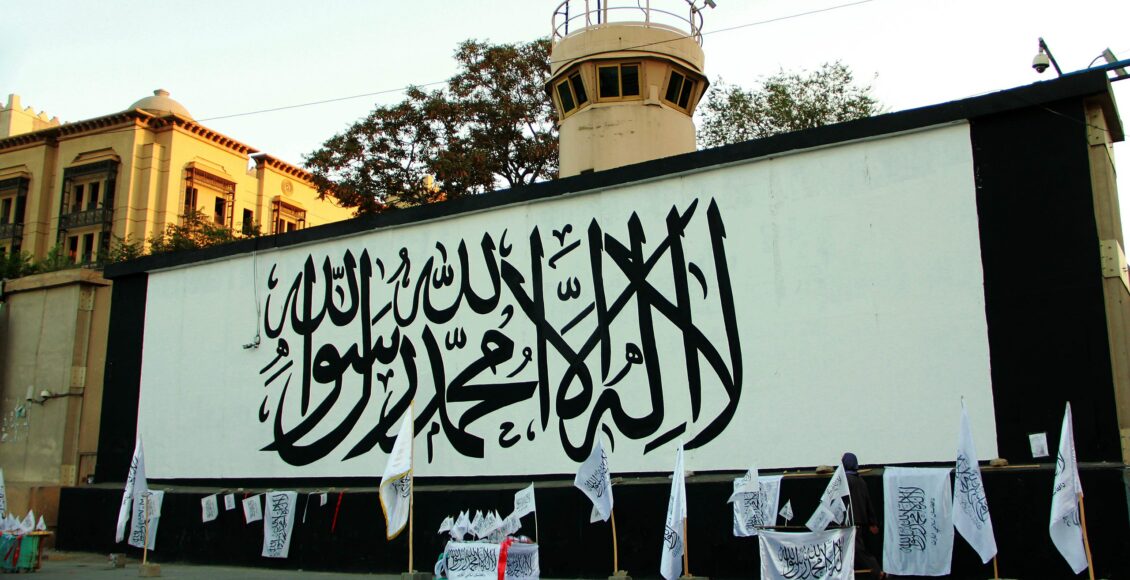 In response to the Taliban retaking power in Afghanistan, the United States and international donors have suspended aid and frozen billions of dollars in assets. The country, which is highly dependent on this foreign aid (to the tune of 40% of its GDP), now faces an increasingly urgent humanitarian crisis that threatens to spiral the region deeper into chaos.

While the looming humanitarian threats should be the first order of business for U.S. policy there, another kind of ever-present crisis threatens to make the situation markedly worse in the longer term. If the Biden administration is serious about preventing Afghanistan from becoming an even bigger security threat, they must construct a strategy that better addresses the effects of climate change—not only there but across other flashpoints like Syria and Yemen where intractable conflicts have been exacerbated by environmental stress.

80% of conflicts in Afghanistan are linked to natural resources, and with 60% of Afghans deriving their income from agriculture, the unpredictable and infertile conditions will continue to multiply internal strife and result in greater security threats. Northern regions of Afghanistan, like Kabul, now see snow and glaciers melt earlier and more quickly, flooding fields and irrigation systems, and yielding snowmelt-related droughts in the winter. Northern, central, and southern areas of Afghanistan also experience the impacts of floods, caused by the heavy spring rainfall. Areas where agriculture and pastoralism determine livelihoods have seen precipitation events increase by 10 to 25% since 1990. Both extremes yield poor harvests and spike wheat prices.

For years, the Taliban has taken advantage of this agricultural stress.  The increasingly poor farming conditions and economic pressure had pushed farmers into difficult situations. Thousands relocated to urban areas and left families behind, who became more vulnerable to Taliban influence. The Taliban also recruited farmers as fighters and paid them $5-$10 a day, more than they could earn from farming.

Other intractable conflicts in the Middle East have also been fueled, or even caused, by climate change.

The dual crises in Syria and Yemen show how water insecurity instigates and exacerbates regional instability and humanitarian crises. Between 2006 and 2010, Syria suffered its worst drought in over 900 years. 800,000 Syrians lost their source of income, 1.5 million moved into cities to find work, and the price of bread nearly doubled. Syrian President Bashar al-Assad subsequently reduced fuel and water subsidies, which aggravated ethnic tensions, increased the prices of water and food, and ultimately created the conditions for a devastating civil war.

The conflict had national security implications for the United States, creating the conditions in which ISIS thrived and ultimately resulted in American military intervention in Eastern Syria and Western Iraq. More than a decade has passed since the devastating drought and onset of the Syrian Civil War and, today, 60% of the population faces food insecurity, over 600,000 people have been killed, and more than 6.8 million Syrians have fled the country.

As the war dragged on in Syria, the crisis in Yemen simultaneously gained international attention. Before the conflict erupted in 2014, much of the country’s violence was rooted in disputes over resources, especially water. Seven years after its onset, approximately 20.5 million Yemeni people urgently need water, sanitation, and hygiene assistance. As one of the world’s most water-stressed countries, scarce resources have severely compounded the political, economic, and social conflict in Yemen. In conjunction with intensified climate conditions, state and non-state actors continued weaponization of water in Yemen will further inflame the ongoing crisis.

The United States should learn from these humanitarian crises in Yemen and Syria and seek to prevent similar security and humanitarian crises in Afghanistan. First, the United States must facilitate a global response to the growing humanitarian disaster in Afghanistan that addresses across the country. However, over the longer term, US programs must invest in climate mitigation practices across Afghanistan and the Middle East to prepare for the intensified and frequent consequences of climate change – namely conflict and humanitarian disaster. In addition to providing urgent humanitarian aid to protect citizens’ most basic needs, USAID should work with local stakeholders, including farmers, to build more resilient infrastructures that can support citizens in the face of climate change.

The withdrawal from Afghanistan demonstrates President Biden’s mission to redefine U.S. security policy and pursue new strategic opportunities. However, increasingly frequent and severe natural disasters will fuel intractable conflicts, and the U.S. cannot simply turn away from the instability nor disengage from the region.

The United States needs an approach in the Middle East and Afghanistan that elevates and addresses the implications of climate change through a security lens. This is necessary to both mitigate future conflict and prevent humanitarian crises.

Perry Lum is a Joseph S. Nye, Jr. National Security Research Intern at the Center for a New American Security (CNAS). Perry recently graduated from Colorado College with a B.A. in Political Science and History. Her senior thesis focused on the intersection of parliamentary gender quotas and the stagnation of female political representation in the Middle East.

Lilly Blumenthal is a Joseph S. Nye, Jr. National Security Intern for the Middle East Security Program at the Center for a New American Security (CNAS). She holds a B.A. from Tufts University in International Relations. At Tufts, she conducted independent quantitative and qualitative research as a Tufts Summer Scholar on rentier states in Africa.