Rethinking U.S. Energy Security to Hedge Against Heightened Instability in the Middle East 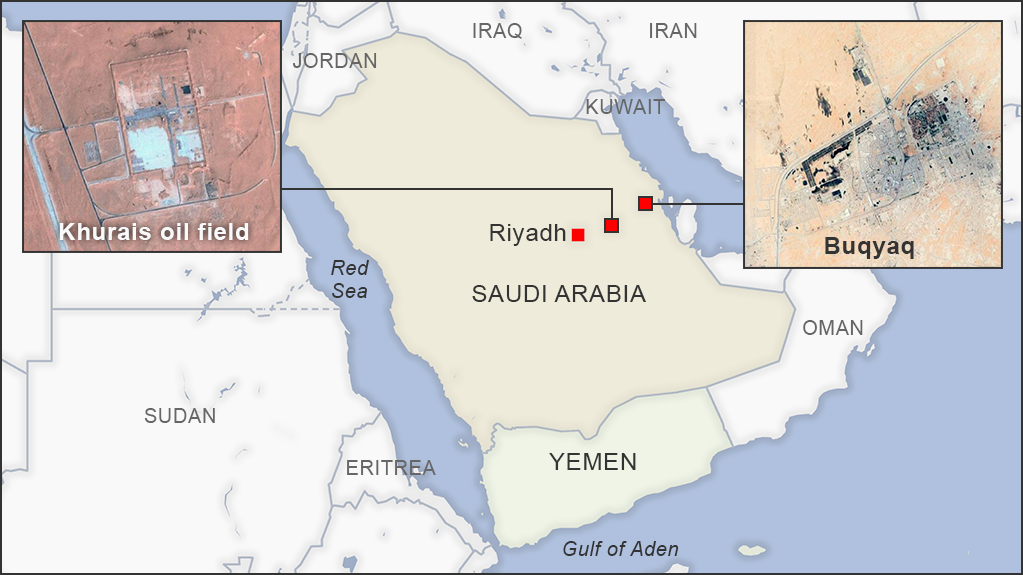 As U.S. Secretary of State Mike Pompeo blamed Iran for the September 2019 attack on the Abqaiq and Khurais oil fields in Saudi Arabia, he defined the incident as “an unprecedented attack on the world’s energy supply.” He doubled down a few days later, condemning the strikes as an “act of war.”

The secretary’s statements came after Houthi rebels in neighboring Yemen took credit for the strikes. The U.S. rejected this claim, citing intelligence that the attacks did not originate within Houthi-controlled territory. On the sidelines of the 2019 UN General Assembly, the leaders of the U.K., France, and Germany backed the U.S. position that Iran was behind the attacks. “It is clear for us that Iran bears responsibility for this attack. There is no other explanation,” U.K. Prime Minister Boris Johnson, French President Emmanuel Macron, and German Chancellor Angela Merkel said in a joint statement. However, the three European leaders stopped short of labeling the incident an “act of war.”

This is not to say that the strikes were in any way inconsequential. The two fields—located in the eastern part of the Kingdom—are by themselves responsible for half of the country’s total oil production and around five percent of all oil production globally, approximately 5.7 million barrels a day. Taking into account the nearby supergiant Ghawar field, eastern Arabia is the largest and most concentrated oil production site in the world.

Oil markets responded appropriately: Brent futures spiked almost fifteen percent to $69.02 (USD), the most significant jump in more than a decade. Gas futures skyrocketed more than thirteen percent, and consumers have been feeling the effects at the pump. For just the third time in its history, authorization was given to draw from the Strategic Petroleum Reserve as a means to mitigate worries about supply and assuage markets.

More than a week after the attack, prices stabilized: Brent prices have settled at just over $63 and WTI at $58 (USD). For now, the worst economic effects of the incident seem to have petered out before any last damage could be done.

But this episode serves as a stark warning and reminder to American policymakers and energy stakeholders: modern global energy infrastructure is exceptionally centralized and situated in the most geopolitically sensitive areas in the world, which makes the highly integrated system susceptible to the numerous and ever-changing risks associated with such geographies. Those seemingly abstract hazards can translate into real crises, which can have considerable implications for American economic and security interests at home and abroad.

The United States is certainly no stranger to energy concerns stemming from insecurities in the Middle East. Indeed, such fears were the very foundation of the Carter Doctrine and, more recently, was a driving force behind the 2003 invasion of Iraq. And the Abqaiq oil field itself has been a target in the years since then; the most high-profile incident has been an unsuccessful attempt by al Qaeda to disrupt production using suicide bombers in trucks. Prices only increased moderately after that episode, which occurred in 2006.

Why, then, has the United States continued to subject itself to the risks of relying on such a fragile and insecure part of the world for price assurance and supply security?

Rather than go through great pains and international embarrassment to arm the Kingdom to the teeth with advanced weapons systems (which has only served to encourage and exacerbate the very reckless adventurism that produces events like those that occurred last month), the United States should do all it can to reduce its exposure to the price instabilities wrought by Middle Eastern conflicts, thereby hedging against further unrest.

This means doubling down on existing trends: capitalizing on innovations in drilling technologies to continue the shale revolution and increase crude oil production capacity, utilizing the nation’s genuinely mammoth natural gas endowment, taking advantage of both developments to increase our exports of both oil and natural gas, and continuing to shift the share of energy imports away from OPEC—whose output is greatly affected by the political turmoil that grips its members—and toward more reliable neighbors like Canada and Mexico.

But ensuring protection from global energy shocks means more than relying on what’s beneath our feet. Renewables are inexhaustible, emissions-free, and an increasingly economically competitive source of energy. Here too, the United States is trending in the right direction: electricity generation from renewable resources has doubled since 2008 and is now responsible for nearly eighteen percent of total electricity supply.

This change has come in spite of the deep-seated antipathy the Trump administration has towards the renewable sector, despite the current political climate and economic inclinations of significant industry players. To promote energy diversification and thus an insurance policy against price spikes, the White House should reexamine its policy of propagating political fantasies like “clean coal” at the expense of market forces, which are pushing the American energy portfolio toward embracing renewables.

This sort of diversification and due diligence will prevent something like what occurred in Abqaiq and Khurais last month into “an act of war.” In short, if the security of American energy supply—the foundation of economic growth and national security—no longer hinges on a few oil fields across the pond, there would be no need to sacrifice more blood and treasure on another unpopular war in the Middle East.

Moreover, if security concerns did arise there or in another energy chokepoint—Venezuela, the Steppes, or Russia, for example—Washington could launch a strategic offensive without concern for the effect such a war would have on gas prices or general energy supply. Top military and political brass could make decisions without the fear of energy insecurity weighing on their every move.

As tensions between the regional powers of the Middle East—Saudi Arabia, Iran, and Israel—heat up, the possibility of war is the highest it’s been in a decade. As war rages in Yemen and Iran continues breaching the limits outlined by the nuclear deal, the long-lasting proxy fight that has decimated the region could transform into an all-out war between nations. If the Israelis feel emboldened to fight back against Iranian aggression (as recent news reports suggest), a cataclysmic conflict could decommission more than sixty percent of the world’s crude oil supply and send markets into a tailspin.

Americans no longer have the patience nor tolerance for U.S. interventionism in the Middle East. Significant fuel price increases have severe short- and long-term economic consequences for low- and middle-income earners. Furthermore, the Middle East is no longer as strategically important for U.S. national security interests in light of shifting power dynamics in the Indo-Pacific. The future of U.S. national security and economic prosperity depends on the Trump administration (and future administrations) pursuing a policy of energy diversification while exercising restraint in Middle Eastern affairs.

Thanks for signing up! Please check your inbox for an email confirming your subscription.
EnergyIranRussiaSaudi ArabiaSyriaUnited Arab EmiratesUnited States
Share
You might also like
Defense & Security