Confidence Building Measures Needed Before the U.S. and Saudi Arabia Start a Dialogue With Iran 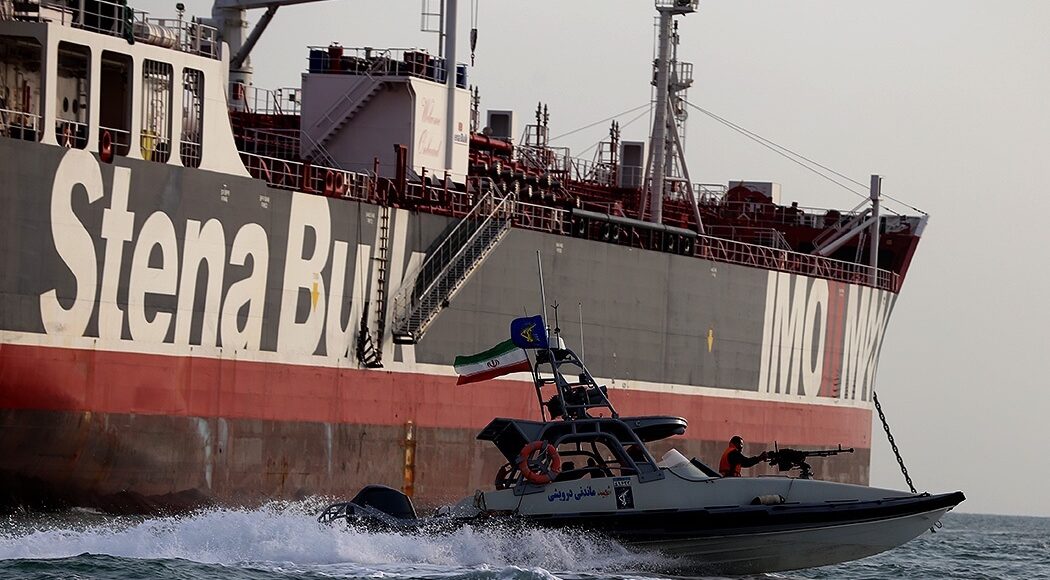 After about a year of escalating tensions and heated rhetorical exchanges, the Persian Gulf region experiencing a rare turn of events. Regional and extra-regional powers, after a long time, appear to be seeking a measure of peace and stability in the region.

On the sidelines of the UN General Assembly (UNGA) in New York, President Trump and President Rouhani had agreed on a four-point document brokered by Emmanuel Macron as a basis for a meeting and relaunching negotiations between their respective countries. According to the text, which POLITICO claimed to have seen, Tehran would agree that “Iran will never acquire a nuclear weapon” and will “fully comply with its nuclear obligations and commitments and will accept a negotiation on a long term framework for its nuclear activities.” It would also refrain from any aggression and will seek genuine peace and respect in the region through negotiations.”

The U.S. would agree to “lift all the sanctions re-imposed since 2017” and “Iran will have full ability to export its oil and freely use its revenues.” The meeting did not take place, though, as President Rouhani reportedly called it off because of Mr. Trump’s remarks in the UNGA of imposing further sanctions on Iran. Furthermore, the Iranian Supreme Leader has forbidden any talks with the U.S. unless the U.S. lifts all the sanctions on Iran.

Meanwhile,  Pakistani Prime Minister Imran Khan had said in an address to media during the UNGA that both Saudi Crown Prince Mohammad Bin Salman (MBS) and President Trump had asked him to work to deescalate the situation between them and Iran. He subsequently made a trip to Iran and Saudi Arabia in a bid to facilitate dialogue between both the countries. Also, shortly after UNGA, it was reported that Iraqi Prime Minister Adel Abdul Mahdi had undertaken efforts to mediate between Saudi Arabia and Iran with the consent of Saudi Arabia. Abbas al Housavi, an official in Iraqi PM’s office, told Middle East Eye that the Saudis and Iranians both have conditions before the negotiations process starts. Middle East Eye later reported that Tahnoun bin Zayad, UAE national security adviser and crown prince’s brother, was in Tehran for at least 48 hours to defuse the Gulf crisis.

Even though the agreed Trump-Rouhani meeting did not take place, it is nevertheless appreciable what President Macron was able to achieve through his shuttle diplomacy efforts. This instance is perhaps the closest the presidents of Iran and the U.S. have been to directly engaging with each other. Additionally, the four-point document was agreed upon by the two presidents, according to reports, and acknowledges the concerns of stakeholders. Thus, mediation efforts can now be augmented accordingly. It remains to be seen, however, what will come from the efforts of Pakistani and Iraqi Prime Ministers, as well as from the UAE National Security Advisor’s visit to Tehran.

Furthermore, the events following the explosions that occurred on board the Iranian oil tanker Sabity in the Red Sea indicate genuine efforts by both Iran and Saudi Arabia to not only avoid tensions but also to de-escalate them. Iran has so far avoided explicitly blaming Saudi Arabia for explosions, despite alleging that two missiles hit the tanker near the Saudi Port of Jeddah. The Saudi Foreign Minister rejected any involvement in the Sabity incident. The spokesperson of the Saudi General Directorate of Border Guard claimed that Saudi Arabia’s attempts to assist the tanker were unsuccessful since the Sabity’s GPS was turned off, and it did not respond to repeated Saudi attempts to make contact. Ahead of PM Imran Khan’s visit to Iran, Iranian Foreign Ministry Spokesman Seyed Abbas Mousavi expressed Iran’s willingness to hold talks with Saudi Arabia in a bid to reduce or eliminate misunderstandings.

The attacks on Saudi Aramco facilities in Saudi Arabia last month is perhaps the event that can be most strongly attributed to the dramatic turn of events that is being observed. The Aramco attacks not only damaged the facilities but exposed Saudi Arabia’s military and economic vulnerabilities. Further, the U.S. shied away from overtly responding to Iran. It’s possible that MBS was made to realize the Kingdom can no longer rely on the U.S. for its security and that dialogue is needed to de-escalate the situation and find a way for sustainable, long-term regional coexistence with Iran.

“Saudi Arabia’s reluctance to directly label Iran for the Aramco attacks as the culprit demonstrates Riyadh’s uncertainties as to how to react given its obvious vital military and economic vulnerabilities. More than that, Riyadh has reportedly shown willingness to engage in talks with Iran mediated by Iraq—a dramatic turn from its more hawkish stance so far. In a nutshell, it seems that Iran’s risky game of brinkmanship since at least May has been quite successful in demonstrating its power of nuisance in the region,” said Dr. Ali Fathollah-Nejad, Visiting Fellow at the Foreign Policy Program of the Brookings Doha Center, when asked by the author for comment via email.

In a nutshell, there is a growing consensus about the necessity for talks. Yet, the occurrence of these talks remains only bleakly probable. This is because of the complications that arise out of Iranian, Saudi, and U.S. concerns, as well as from domestic politics in Iran and the U.S.

Dr. Nejad describes it this way: “Despite Macron’s strong efforts to arrange a Trump–Rouhani meeting at the sidelines of the UNGA and a four-point plan designed to exchange the lifting with U.S. sanctions with Iranian concessions in regional geopolitics and its ballistic missile program, Rouhani refused to take part in such a meeting, arguing that the U.S. needed to first lift sanctions. Rouhani’s position reflects that of the Supreme Leader Khamenei who, beyond that, seems to be opposed to the idea of his president engaging in talks with the U.S., which would lift Rouhani’s status at home—something Khamenei is unsympathetic to amid ongoing intra-elite rivalries in view of post-Khamenei Iran.” As for President Trump, he wants to talk to the Iranians but without lifting sanctions. His objective is to be seen as pressuring the Iranians via sanctions, thus forcing them to the negotiating table. Furthermore, the approaching 2020 U.S. Presidential Election has made it even more difficult for Mr. Trump to change course, lest he appears weak.

There have been attempts at mediation, but perhaps none of them have dedicated an adequate amount of effort at confidence-building measures between the rival countries. Thus far, mediators have tried to leverage the trust of the respective parties to facilitate talks, but have only managed to serve as interlocutors. Therefore, it is essential that confidence-building among these countries be considered a primary objective, which can then be further developed upon to get them to participate in a dialogue. This can only happen if reservations of Iran, Saudi Arabia, and the U.S. be addressed first, at least to an extent, if not completely.

In terms of the Iranian position with regards to negotiation, Dr. Nejad says that “although Iranian foreign-policy at times is Janus-faced, Iranian strategy since the U.S. withdrawal from the JCPOA has been a result of elite consensus, involving various domestic factions. Despite rhetoric to the contrary by the Supreme Leader, Iran, via Zarif, has been regularly testing the waters of entering into negotiations with the U.S., which is indispensable if Tehran wants to improve its economic situation.” The main hindrance is that Iran wants to be respected by the U.S., and President Trump is doing precisely the opposite. Najmeh Bozorgmehr, Tehran Correspondent of Financial Times, quoted a relative of the Supreme Leader in a recent article as saying, “Mr. Khamenei is not fundamentally against negotiations but he believes the U.S. intends to turn talks into a trial of the Islamic republic.” The relative goes on to say that “he believes that we first need to be very strong in the region. We have shown that we are not too far from that point of determining regional developments. The U.S. should not be able to ignore our power.”

As for Saudi Arabia and Iran, the Yemen crisis will make the most important feature in any negotiations or talks between them. As Seyed Hossein Mousavian, former Iranian policymaker in his article in Los Angeles Times, has suggested that the solution of crisis can act as a precursor to talks between the two countries and also the U.S in long run. This can serve as an appropriate confidence building measure. Mr. Mousavia suggests that the UN Secretary General can take initiative and invite both countries, as well as member countries of the European Union and permanent members of the U.N. Security Council to hold a dialogue aimed at ending the bloodshed in Yemen. Looking at the statements from both, Saudi Arabia and Iran, it seems as though both the countries have already realized in part that neither can hope to have security by levying insecurity on the other and it is time to quit the competition for regional hegemony.

In a meeting with PM Imran Khan, Supreme Leader Khamenei said properly ending the war in Yemen can have positive effects for the region. The Supreme Leader added that “we have no motivation for animosity with these countries (Saudi Arabia), but they are influenced by the United States and act against the Islamic Republic of Iran in line with the United States’ will.” Both these remarks are critical in the sense that the Supreme Leader has made them himself, perhaps implying he also thinks working to resolve the crisis in Yemen is a good starting point. Furthermore, based on the rhetoric of its leaders, Iran is arguably more comfortable about dialogue with Saudi Arabia right now than it is with the U.S.

Thus, as Mr. Mousavian has suggested further in his article, and it makes sense that if Saudi Arabia, Iran, the UAE, the EU, and the U.S. are able to reach consensus about an end game for the Yemen war, there is a greater opportunity for a reduction in tensions between Iran and Saudi Arabia. Lastly, this can set the stage for U.S. and Iran to reduce their tensions, as it would mean the solution of a significant point of contention between the U.S. and Iran: the ongoing conflict in Yemen. Mr. Trump can use this as a basis for granting concessions to Iran and not appear weak. In return, Iran would consider revisiting its earlier stand that all sanctions on Iran be lifted and participate in talks with the U.S.