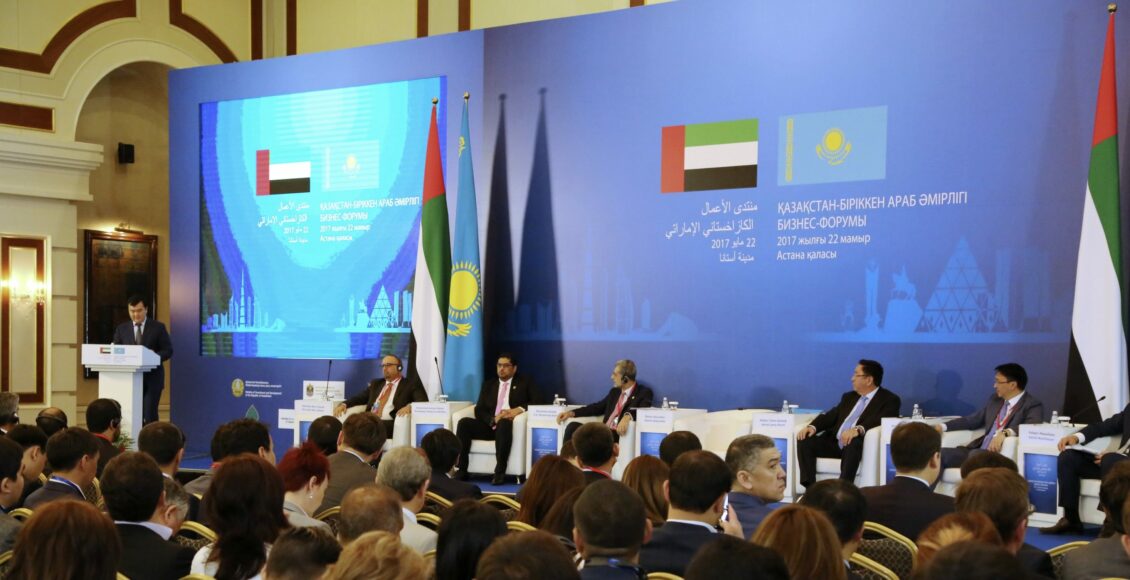 Though the differences between the deserts of the Arabian Peninsula and the cold steppes of Central Asia might be stark, the two regions do share some fundamental similarities. Both regions are rich in natural resources, with access to an abundance of fossil fuels. Irrespective, both are seeking to diversify their economies toward lessening their reliance on this traditionally fruitful source of income. They share a faith in the form of Sunni Islam and share an affinity for authoritarian governance.

It is therefore unsurprising that in recent months, the member-states of the Gulf Cooperation Council (GCC) have ramped up efforts to consolidate and expand their trade and investment ties with the republics of Central Asia. In January, Saudi Arabia expressed its intent to invest heavily in Uzbekistan’s textile industry as part of a broader commitment to expand economic cooperation. On March 20th, 2019, Tajikistan secured a loan worth $25.5 million (USD) from the Kuwait Fund for Arab Economic Development for infrastructural repair in its impoverished southeast.

Leading the Gulf’s charge into Central Asia is the United Arab Emirates (UAE). A flurry of diplomatic activity has taken place so far this year, culminating in March with the presidents of Kazakhstan and Uzbekistan visiting Abu Dhabi. Bilateral economic ties have been strengthened, mainly through the Mubadala Development Company, the sovereign wealth fund of the UAE. Mubadala secured extensive investments in Kazakhstan’s polyethylene and polypropylene production and aerospace industries in 2018. In March of 2019, the company announced its intention to invest $10 billion (USD) in Uzbekistan’s manufacturing, agricultural, and energy sectors.

While economic links such as these have existed between the two regions since the collapse of the Soviet Union in the early 1990s, the recent acceleration of GCC overtures toward Central Asia is driven by a conflation of geopolitical and economic developments. The persistence of low oil prices, coupled with continued volatility of the global market, has crystallized the need for both regions to diversify their economies. The prosperous Gulf States see in the likes of Kazakhstan and Turkmenistan sizeable investment opportunities in industries beyond energy, such as agriculture and manufacturing.

In turn, the cash-strapped countries of Central Asia rely on outside investment to fuel national economic development and the GCC make for particularly attractive partners. Not merely do they offer seemingly endless capital, but until recently they have appeared to transcend the predatory geopolitical maneuvering that has tended to follow investment in the region from the likes of local powers—namely China and Russia. Both have approached investment in Central Asia as a means through which to secure political interests. China, for example, has recently purchased vast tracts of arable land in Tajikistan, arousing government fears of monopolization.

How long the perception of GCC neutrality can be maintained, however, is uncertain. The UAE and Saudi Arabia have been driven to Central Asia in recent months in-part by a desire to pre-emptively combat further incursions into the region by a rival power: Iran. The country has deep historic cultural and political links with the area and is increasingly expressing an interest in expanding its economic presence.

Tehran has been probing investment opportunities in Turkmenistan and Kazakhstan amid an improved diplomatic atmosphere following the signing of the Convention on the legal status of the Caspian Sea in August of 2018.  There is scope for Central Asia to become a zone of contestation between the Gulf and Iran, as an extension of the competition that defines their conduct in the Middle East.  Though this development won’t be to the taste of Central Asian governments, it is unlikely to deter the highly profitable trajectory of their expanding ties with the GCC.

Dominic Pratt is the senior researcher at the Gulf Center for Strategic Studies in London. He has a Master's in Middle East Politics from the School of Oriental and African Studies at the University of London.

Thanks for signing up! Please check your inbox for an email confirming your subscription.
BahrainGulf Cooperation CouncilKazakhstanKyrgyzstanSaudi ArabiaTajikistanTurkmenistanUnited Arab Emirates
Share
You might also like
Energy

Confidence Building Measures Needed Before the U.S. and Saudi Arabia Start a Dialogue…