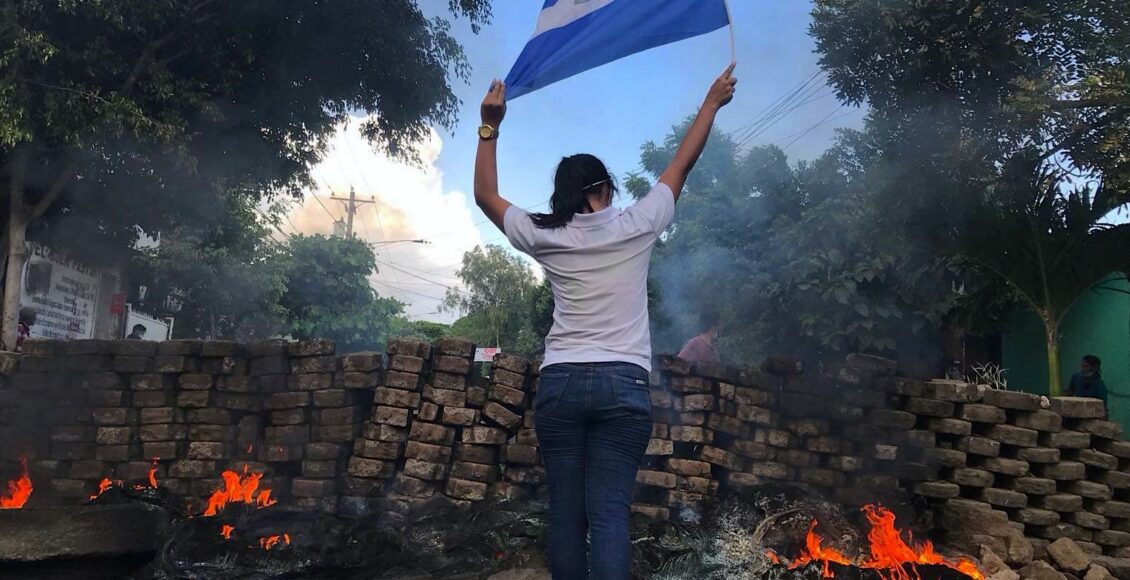 After a week of political protest in Nicaragua, at least 38 people – and possibly over 60 – are dead. President Daniel Ortega, whose government once seemed unshakable, has emerged weakened in the face of protesters demanding his ouster.

Demonstrations first erupted on April 16 after the government announced social security reforms that would raise costs for retirees and workers. When police cracked down on protesters, they unintentionally fanned the flames. By April 20, tens of thousands of Nicaraguans were taking to the streets daily to protest in cities and towns nationwide.

Ortega, a former leftist revolutionary, has moved to the right since his 2006 election. He has also centralized his power, controlling the media, restricting opposition and giving government jobs to family and friends. His wife, Rosario Murillo, was Ortega’s running mate in 2016 and is now Nicaragua’s vice president.

In 2014, Ortega abolished term limits for the presidency, with the blessing of a National Assembly stacked with loyalists.

As scholars of social conflict and regime change in Latin America, we know that authoritarian governments’ survival depends on controlling institutions and maintaining alliances with powerful forces like the military, the Church and the elite class. Nicaragua’s protest movement has imperiled Ortega’s carefully constructed coalition – perhaps fatally.

Ortega then and now

Back then, Ortega’s rise hinged on creating a broad coalition. With the support of traditional opposition parties, many business elites, students, and peasants, his Sandinista National Liberation Front moved from marginal guerrilla group to ruling party.

Ortega returned to power by winning elections in 2006 – this time with a new, right-leaning platform that espoused traditional Christian values and pro-business economic policies.

Ortega had rocky relations with the Catholic Church during the revolution. But since 2006 he has embraced both Catholic bishops and evangelical groups. Beyond religious rhetoric, he has maintained Nicaragua’s abortion ban and sought to control LGBTQ activism.

The business elite likewise struck a new bargain with Ortega when he was elected in 2006. In the 1980s, Ortega worked to seize private enterprises and redistribute farmland. Now, he works with business leaders to set Nicaragua’s economic policy and labor conditions. In turn, they have supported his regime.

For a while, this coalition held. Until recently, Ortega’s opposition was fragmented and weak. Since 2007, there have been few protests, which were usually met with violent repression.

Ortega’s unilateral announcement of the social security reforms on April 16 – a decision he made without consulting Nicaragua’s business community – ruptured the business side of this pact.

By April 20, the major business associations were calling on workers to protest the reforms.

Police repression and the perceived injustice of the social security reforms drove the Church away from Ortega, too. First, Managua Bishop Silvio Baéz said that the protesters’ cause was “just” and offered the Cathedral in Managua as a refuge for student protesters. Soon, the bishop was publicly calling for negotiation and “democratization” in Nicaragua.

Ortega’s coalition has crumbled. In contrast to the spontaneous protests, this government is so unpopular that it has to bus supporters into Managua to stage pro-regime counterdemonstrations.

Suddenly, Nicaragua seems to be on the brink of momentous change. What happens next depends heavily on Nicaragua’s security forces.

Numerous studies confirm that autocratic leaders can survive mass protest movements only if police and the military are willing to continually repress protesters.

In neighboring Honduras, the right-wing president Juan Orlando Hernández, for example, has stayed in power through deadly demonstrations against his government largely because security forces have suppressed protests.

When the armed forces refuse orders, on the other hand, dictators can fall. The 2011 Tahrir Square protests toppled Egyptian president Hosni Mubarak within weeks, once the military abandoned his regime.

Since 2007, Ortega has worked hard to make Nicaragua’s security forces personally loyal to him. He has offered military and police officers promotions, political positions and business opportunities.

These efforts partially succeeded. The police have actively stifled dissent in Nicaragua, beating and arresting protesters. They also cooperate with the Sandinista youth wing as a kind of paramilitary force.

As April’s protests expanded, Ortega appeared on television flanked by police commissioner Aminta Granera and military commander General Julio César Áviles, demonstrating that he would use military force to stay in power if necessary.

But neither the police nor soldiers seem keen to shed more blood. On April 20, the military sent troops to guard government buildings – but not to confront protesters themselves.

Around April 20, some police were actually arrested for refusing orders to crack down on protests.

Most significantly, on April 21, as massive protests roiled central Managua, police violence suddenly and completely ceased – a sign that police commissioner Granera issued an order to stand down. She was soon reported to resign.

Legacy of the revolution

This resistance to violence is not surprising given the history of Nicaragua’s security forces.

During the 1979 revolution, President Somoza’s National Guard met the Sandinistas’ popular uprising with murderous repression. It was Sandinista troops who helped sweep away the dictator and his predatory security apparatus.

Over time, these revolutionary forces took on a professional, nonpartisan and apolitical identity. Today, Nicaragua’s police and the military are considered among the most effective in Central America.

Somoza’s legacy looms large in Nicaragua. In our assessment, today’s military is far more likely countenance Ortega’s ouster than to murder Nicaraguan citizens in his defense.

Repression may be off the table, but Ortega is a wily politician. To stay in office peacefully, he’ll have to negotiate his way back into the good graces of the Catholic Church and business leaders. He has dominated Nicaragua’s political life and consolidated so much power for so long, however, that he could offer numerous concessions without losing full control.

Visiting Assistant Professor at Macalester College
Thanks for signing up! Please check your inbox for an email confirming your subscription.
Via The Conversation
NicaraguaUnited States
Share
You might also like
Energy