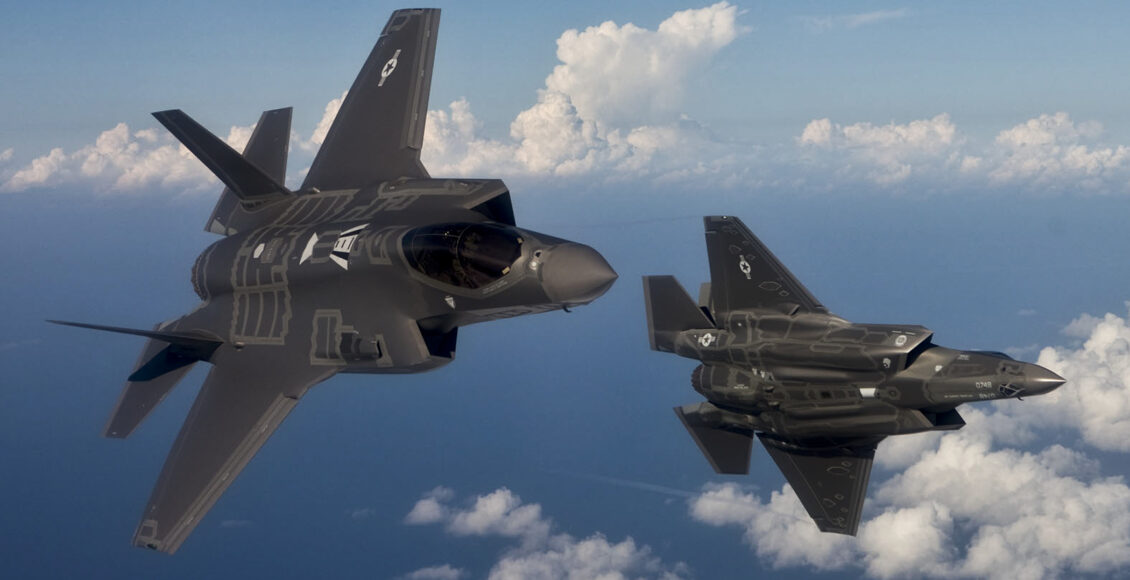 As the world changes and threats evolve, the mission requirements for our major weapon systems need to evolve with them.

This applies as much to the F-35 as any other system and Congress should especially keep this in mind as they continue to work through the National Defense Authorization Act, which just passed the House of Representatives last this week, but still must clear the Senate and be reconciled in conference committee. It is critical that any needed improvements to this aircraft are made in a manner that is the least disruptive, and that does not compromise readiness and the ability of America and its allies fielding the F-35 to respond quickly to any situation.

There are some in Washington, for instance, who are calling for a wholesale engine replacement for the F-35. Instead of upgrading the existing powerplant on the F-35 – known as the F135 engine – these individuals are instead proposing the revival of a previously cancelled program known as the Adaptive Engine Transition Program (AETP). This would be a serious mistake.

Derived from the tried-and-true powerplant of the F-22 Raptor, the F135 engine has been one of the few bright spots in the F-35 program, setting several new performance benchmarks. Still, while the F135 engine has more than met its original stringent specifications, the F-35’s planned mission growth will require even greater thrust, power, and thermal management capabilities within eight years. An engine upgrade is not optional; without it, this combat aircraft will lack the speed and precision needed to maintain superiority in modern battlespaces.

As a result, an Enhanced Engine Package (EEP) has been proposed to retrofit the F135 engine to meet and even exceed these revised specifications. Taking this approach rather than trying to replace the entire engine with the AETP is preferable for a number of reasons.

First, starting from scratch with a whole new engine will inevitably set back the deployment of new F-35 aircraft by months or even years. Seldom do such major engineering endeavors go off without a hitch, and it is entirely realistic to expect new and unforeseen problems to surface with the new powerplant before it can be reliably deployed. Instead, making improvements to an existing, proven, and reliable powerplant will build on past successes, challenges, and lessons, and eliminate a great deal of downtime between concept and actual fielding.

Second, retrofitting the existing engine will minimize disruptions to the existing supply chain. A new engine means a whole new supply chain. At the best of times this is an expensive and time-consuming prospect. These are clearly not the best of times in terms of parts procurement, manufacturing, and delivery. The dedicated existing supply chain in place with the F135 engine will be a significant advantage and will minimize the cost and downtime to bring needed upgrades online versus entirely replacing the engine.

Third is the impact on the F-35’s universality. One of the greatest benefits of the Joint Strike Fighter is the fact that it was a joint project between not only the U.S. Air Force, Navy, and Marine Corps, but also among nine allied partner nations, including the UK and our NORAD partner Canada. The reality is that replacing the F135 engine is an expensive undertaking, and operational complications with the AETP mean that it will in all likelihood solely be an Air Force project.

Our allies, even assuming they would be able to absorb the cost of the new engine, cannot afford to manage two separate powerplants, two separate supply chains, and two separate maintenance programs. The AETP is also incompatible with the Navy and Marine versions – the F-35B Short Takeoff/Vertical Landing (STOVL), and the F-35C carrier-based version – because these respective branches cannot fit the engine into their versions of the aircraft. This means the Navy and Marines would have different powerplants than the Air Force version. It also means that our allies will have aircraft with different engines (and parts, supply chains, support, etc.) than the Air Force. This greatly complicates that universality of the program and creates interoperability issues.

Probably most important impact is what an engine replacement would have on operational capability. In the time it would take to test and establish a new supply chain for a new engine, upgrades to the existing F-35 engine could already be completed. The impact on operational readiness of the F-35 would be minimal and the pilots who fly this machine would know that they are operating an aircraft with a proven and reliable engine.

The bottom line is that decisions need to be made on what is best for the mission and, by extent, for America and its allies. The F-35 fleet needs upgrades, but it absolutely must be done in a way minimizes costs and downtime, so that we never compromise our edge and our readiness.

Col. Rob Maness (U.S. Air Force, Ret.) is the former commander of Kirtland Air Force Base and was the Deputy Director of Planning and Programming at Air Force Global Strike Command.