How long can the social contract in China endure? 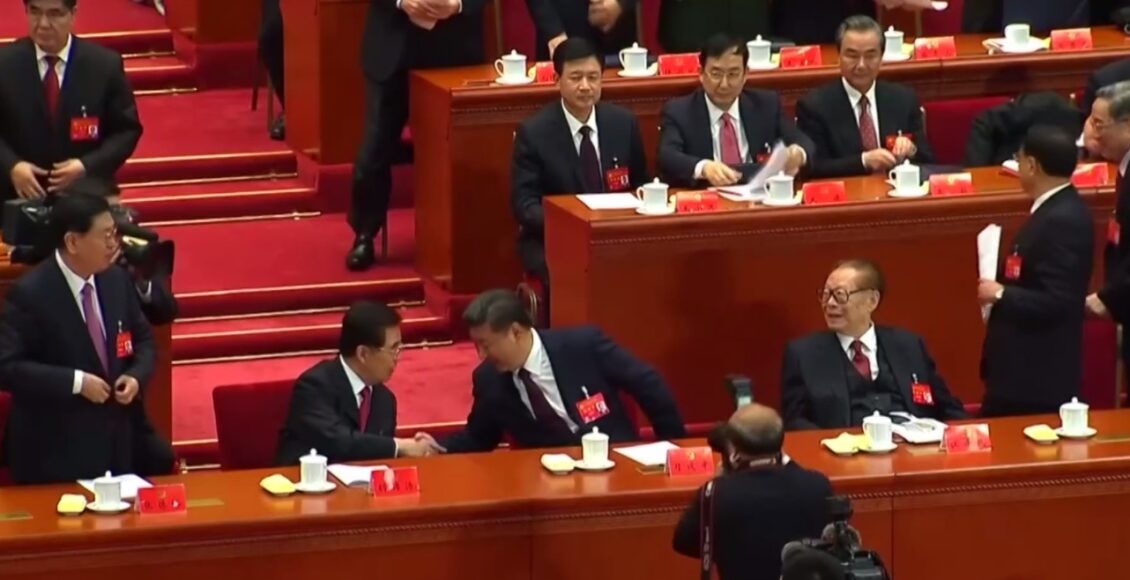 The Chinese government has provided security and economic prosperity for a growing middle class in return for absolute loyalty.

While the CCP-controlled government faces a range of threats from groups within its borders, the idea of a downturn in the Chinese economy remains a very legitimate threat.

The Chinese government has radically modernized its economic policies over the past three decades, completely reversing their initial Marxist or Maoist aversion to providing monetary compensation for labor.

These reforms are responsible for the significant growth of the Chinese middle class, which has the potential to be the most influential group in China when looked at in regards to socio-economic status.

As a result, the considerably large middle class has come to perceive the CCP as being responsible for their rising levels of prosperity.

China has undoubtedly experienced the effects of the 2008-2009 global economic crisis; it indeed fared much better than the majority of the world. However, China still faces many hurdles to overcome.

It is becoming increasingly difficult in China for college graduates to find jobs, the volume of China’s exports is dropping, and tens of millions of workers are out of work. The possibility of a financial crisis in China could challenge Beijing’s ability to hold up its side of the deal with the population.

Since the inception of Jiang Zemin’s ‘Three Represents,’ meant to attract private entrepreneurs to party membership, the middle and upper classes have seen the party as being responsible for their economic well-being.

The government provides an environment for a healthy, regulated economy, to encourage the creation of private wealth and property, and in return has its rule legitimized by its people.

Arguably, while it is individuals are responsible for the creation of personal wealth, the party made it possible. If the government or party cannot guarantee jobs to the people, there remains the little reason for the people to tolerate the strict control that the party maintains over the state.

If the CCP-controlled government cannot sustain economic growth, it could be perceived by members of the growing middle class as violating the social contract that has existed between China’s citizens and the country’s ruling party elite.

The CCP could face a challenge to its legitimacy if and when the time comes that it is unable to guarantee a healthy economy, prompting potential discontent from the middle class.

Beijing has a track record of effectively suppressing unrest

The Chinese government has become particularly adept at maintaining or regaining control over its people via means of physical repression, censorship, and through the creation of an environment where fear of speaking out is a legitimate means of control. Indeed, the likelihood of an economic downturn eliminating the CCP’s influence is minimal.

Rising social discontent isn’t likely to be enough to force the party itself from power, but it might be sufficient to tempt some members of the elite to take advantage of the situation to their political benefit, thus leading to internal instability within the party and damaging its credibility.

While the CCP has an extraordinary ability to suppress dissent, many argue that it can only contain such dissent for so long.

However, due to the rapid proliferation of advanced technologies including surveillance, censorship, and controlled access to information, the Chinese authorities are empowered as never before, to monitor, identify, and censor those whose activities are a perceived threat to the party.

Nevertheless, a sustained economic downturn poses a threat to the CCP’s legitimacy.

Continued civil unrest on the part of groups desiring independence from CCP rule as a result of religious suppression and ethnic inequality illustrate not-insignificant threats to the party’s ability to maintain total control over the Chinese state.

Regardless, the most significant threat to the power monopoly held by the CCP is a pronounced economic downturn.

While the party may not be overthrown if segments of the Chinese populace make their economic grievances known, the likelihood that the CCP would emerge unscathed is slim.

The party is increasingly structured around a rigid hierarchy and personality cult that is centered around Xi, a drastic shift from the somewhat meritocratic structure of the CCP that existed under the tenures of Deng Xiaoping, Jiang Zemin, and Hu Jintao.

In China, Change Trickles Down from the Top

There has recently been an increased desire for greater citizen participation in local politics, along with calls for an end to the one-party policy from Chinese intellectuals. However, the latter are fewer and far between, as the message doesn’t resonate with many in China.

However, that doesn’t mean the party would disintegrate. More likely, it would reorganize itself. Change in China is significantly more apt to come from the top rather than the bottom.

Not only would it create very a substantial amount of public dissent, but it could encourage a power struggle within the ranks of the party elite.

Party officials seeking to take advantage of such a situation might break away from the party to seek public approval to gain more authority, power, and perceived legitimacy for themselves.

The likelihood of an individual taking advantage of a situation like this is higher than the removal of the party itself from power. Furthermore, the mobilization of a large segment of the Chinese population, organized around a common goal, remains unlikely.

The party has argued that abolishing term limits for the party leader puts the chairmanship in line with the unlimited tenures for the party and military heads — and that strengthening this “trinity” of leadership is good for long-term political stability.

Xi Jinping holds both the top leadership positions within the Chinese Communist Party and the military (the People’s Liberation Army).

Xi’s consolidation of power serves several purposes—both in the domestic and international arenas.

Domestically, the removal of the term-limits gives Xi the bandwidth necessary to initiate major, strategic structural reforms to the Chinese economy, society, and the party bureaucracy.

Xi would be hard-pressed to deliver on his pledges to make China a truly global power in three stages: 2020, 2035 and 2050. Militarily, for example, Xi proposed that China’s military would complete mechanization efforts by 2020, modernization by 2035, eventually evolving into what he termed “a world-class army by 2050,” complete with a blue water navy capable of hemispheric, if not global force projection.

Economically-speaking, the seeming indefinite nature of Xi’s rule allows a degree of leeway in pursuing domestic economic policies that could be painful to many Chinese in the short-term. Xi can pursue policies he believes will be beneficial in the long-term, without having to concern himself with the short-term implications as they relate to his political position.

Internationally, the removal term limits could signify stability and continuity, at a time when many governments and world leaders are questioning the reliability of the United States as the traditional guarantor of international security and order.

In light of the U.S. withdrawal from the Iran deal (signed and negotiated during the previous Obama administration), the reforms in China could be a signal to China’s partners and potential partners that they can rely on stability and continuity, as opposed to the unpredictability emanating from the White House.