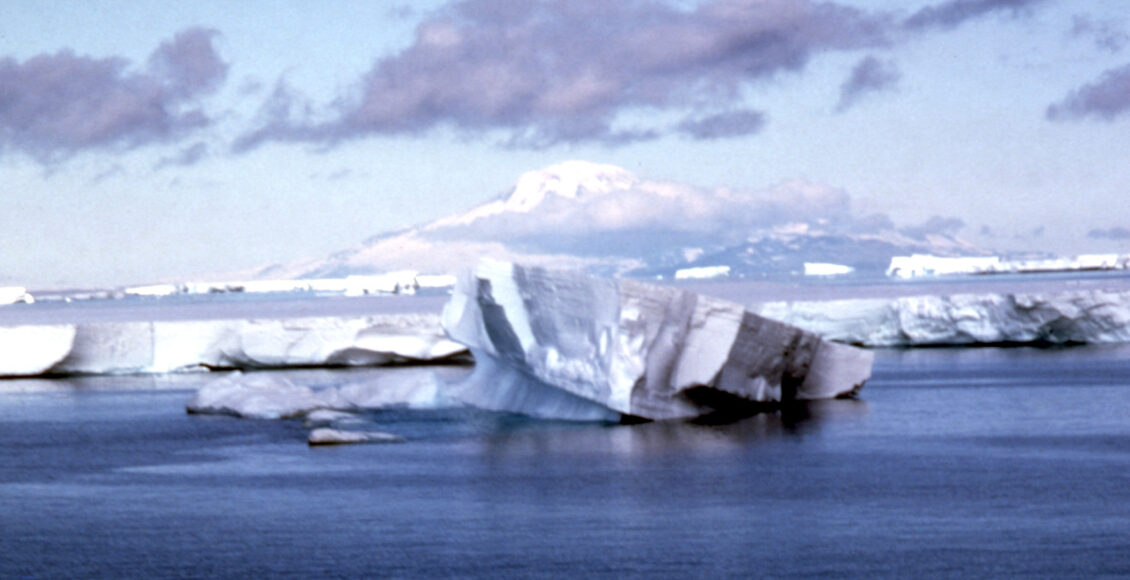 An iceberg floats past an ice shelf in the North Atlantic. (Photo: U.S. Coast Guard)
Share

Between 2008-2012 over 144 million people were displaced by a sudden onset of disasters in more than 122 countries, a number far higher than the number of refugees and internally displaced by conflict and persecution during the same period.  Unpredictable climate-related calamities and the associated socio-economic costs test our current legal frameworks and put significant stress on existing capacities of states.

Internal government reviews, climate and security conferences, and domestic security reports have increasingly focused on the strategic challenges posed by global climate change. The proliferation of studies suggests that ‘the projected climate change is a threat multiplier in already fragile regions, exacerbating conditions that lead to failed states — the breeding ground for extremism and terrorism.’ An overlapping consensus among scholars and policymakers holds that climate-induced crises in the next two to three decades have the potential of aggravating already brittle relations between Sub-Saharan African, the Middle Eastern, and South and Southeast Asian states, destabilizing regions, toppling governments and issuing in mass migrations, widespread pandemics, and food scarcity.

The University of Toronto’s Project on Environment, Population, and Security forecasts that environmental change will significantly stress or reduce the supply of vital natural resources, such as freshwater, cropland, forests, fisheries, leading to environmental scarcity and increased probability of conflict. The United Nations Climate Reports have consistently predicted that increased occurrence of droughts, rising sea levels, and flooding will pose significant challenges to national stability, exacerbating global economic vulnerabilities and political instabilities, which may result in internal civil and political unrest. Similarly, a quantitative study conducted by the State Failure Task Force assembled at the request of U.S. policymakers to identify factors associated with serious internal crises, concluded that massive environmental damage provoked by general patterns of global climate change could directly contribute to political collapse and destabilization. Analyses conducted by the North Atlantic Treaty Organization and the Swiss Peace Institute have echoed those concerns.

Despite the Trump administration’s hesitations about comprehensive multilateral climate treaty, six years into the new millennium, The United States Department of Defense in its 2006 Quadrennial Defense Review (QDR) identified climate change as a serious threat to America’s national security. The ‘irregular, disruptive, traditional, and catastrophic challenges are surfacing as a result of global climate change … with disastrous consequences’, the report reads, requiring blending of ‘the sustainability tenets of environmental security, ecological economics, and social/environmental equity with the pillars of democratic peace theory’ with a purpose of ‘avoiding the unmanageable and managing the unavoidable.’  Identifying global climate change as an asymmetric strategic and security challenge, the Department of Defense, fearful of the potential disruptions to its operational and tactical capabilities, deemed the creation of a tangible ‘roadmap to victory’ over its climatic superior, an indispensable tool in America’s military arsenal. The report also recognized that the ‘chaotic climate system’ will bring about much uncertainty, necessitating conventional and unconventional responses, encouraging ‘innovation, agility and adaptability, collaboration and partnership’ in the interest of protecting the nation’s security. Such an endeavor, the DoD recognized, will require dynamic and continuous change and reassessment of strategies that will inform the building of networks of global communication, cooperation, and intelligence gathering.

Recognizing the compounded risks associated with the destabilizing effects of climate change, in 2009, the United States Central Intelligence Agency (CIA) launched the Center on Climate Change and National Security with a mandate to oversee the national security impact of phenomena such as desertification, rising sea levels, population shifts, and heightened competition for resources and provide American policymakers with information and analysis on the effects climate change will have on security. In their subsequent Quadrennial Defense Reviews, the Pentagon planners included climate change among national security threats.

A close nexus between climate change and security presents a paramount geopolitical challenge to governments and their agencies. For one, security implications resulting from global climate change, and environmental degradation, as well as the scarcity of renewable resources, are closely related to intra- and inter-state conflicts leading to a pronounced economic decline, social segmentation, and mass-population migration. Environmentally induced depletion of resources can significantly reduce agricultural production and create extreme conditions for poverty and food scarcity, which further increases the probability of conflict.

The Department of Defense recognizes that the United States to be successful in its mission, must adjust its initiatives to four main categories of prospective environmental challenges: (i) traditional; (ii) irregular; (iii) disruptive; and (iv) catastrophic. Although present U.S. interests already call for the mobilization of traditional military instruments in conventional activities, environment-driven challenges may necessitate the deployment of the military in severe instances of mass flooding, droughts, and heatwaves. It is also acknowledged, that climate change would extend the duration of the deployment. Shifts in seasonal snowmelts, increase in droughts, quadrupling frequency of wildfires, extreme precipitation resulting in devastating floods, lengthened cyclone season, and threats of disease outbreaks and large-scale pandemics, can lead to mass population migrations and put significant stress on state infrastructures with significant destabilization impacts on respective governmental entities.

Researchers predict that ‘a sea-level rise of one to five meters by 2100 would displace roughly between 130 and 410 million people.’ According to the Department of Defense planners, such a scenario must meet with realistic and urgent military and logistical planning. The loss of the means of subsistence following a widespread natural disaster, presents the military with an irregular challenge, that of massive movements of ‘environmental refugees.’ It is projected that the expansion of deserts alone in China, Tunisia, Morocco, and Libya, as well as soil erosion in Egypt, Turkey, Louisiana, and Alaska, will intensify the migratory patterns of populations and put significant stress on potential host countries, requiring support and management mechanisms suitable for attenuating prospective social friction and conflict.

Erosion, desertification, deforestation, irregular floods and droughts, and pandemics can prove disruptive to vital U.S. security interests. It is predicted that climate change-induced famine, water stress, and vector-borne disease will, in the severity of their consequences, exceed those resulting from revolutionary political upheavals or technologies aimed at countering U.S. interests and capabilities.  The Department of Defense recognizes that risk of recurrent pandemics will have ‘broad and complex ecological, security, and social ramifications for humans’ pushing many states to the brink of failure and collapse, thus dispersing the risk of social and political destabilization across ever wider regions of the globe. State failure contagion induced by environmental stress will present the United States with catastrophic challenges, comparable only, the Department of Defense reasons, to ‘WMD-like effects against U.S. interests.’ Suboptimal living standards in parts of Asia, Africa, and the Middle East, exacerbated by degradation of the environment, collapse of natural ecosystems and their attendant health and social consequences, security specialists contend, will significantly upset normal patterns of subsistence, degrade the quality of life, and increase the probability of political instability and state failure.

Climate-induced population movements in the Darfur region in Sudan and across political borders between Bangladesh and India and ongoing skirmishes over water control between India, Pakistan, and China, Israel and Palestine contribute significantly to the renewal of tensions, depleting sources of political toleration and increasing the likelihood of violence. The Department of Defense’s sensitivity to terrorism breeding conditions necessitates it to acquire means and technologies for facing grave and unpredictable threats of climate change and to strategically respond to and gain control over its inevitable socio-political corollaries.

Second, a real possibility of a serious international conflagration exists in the Arctic region, as it undergoes significant climatic transformations, opening new shipping routes and uncovering invaluable natural resources. The global estimates of the impact of the collapse of the West Antarctic ice sheet, predict that a sea-level rise of 1-5 meters would displace 130-410 million people and uncover vast deposits of oil, gas, nickel, copper, lead, zinc, diamonds, gold, silver, manganese and titanium worth an estimated $1.5-2 trillion. Global governance gaps, inadequate international legal guidelines, political and economic interests in this area threaten to fuel major diplomatic tensions among regional actors, that is Arctic coastal states and non-regional players, over natural resource deposits, navigation rights, control of shipping routes, and fishery management thus increasing competing claims to continental shelves and economic trade routes, worsening diplomatic frictions, and resulting in pronounced regional and international instabilities  – or resource wars – between major powers – the United States, Canada, Norway, Russia, China, Japan, and South Korea. The winners of the Scramble for the Arctic or the race to become the next great polar power will be able to unilaterally delineate areas of territorial control and write the new rules of engagement in the region.

Third, appreciation of threats arising from (i) localized environmental degradation; (ii) ethnic clashes resulting from population migration and deepening social cleavages; (iii) prospects for civil strife caused by resource and food scarcity which affect economic productivity and people’s chance of dignified survival – will require a concerted effort of both state governments and non-governmental entities, the civilian and the military sectors of the economy, of private enterprise and public ingenuity.

Economic cooperation buttressed by political consensus is needed to redress scarcity, provide tools for mitigation of, adaptation to, and compensation for global environmental problems and to meet the changing demands of citizens in the face of multi-pronged environmental crises they face. It will become increasingly necessary, therefore, to compound not only the cumulative knowledge base of states, but reassess the critical role that intergovernmental and non-governmental entities can play in the negotiation, regulation, and distribution of counteractive, proactive and reactive measures aimed at promotion of democratic stability and economic prosperity in the context of resource depletion and appreciable threats to human flourishing.

Current trends in political, diplomatic and military circles hint at increased investment in and commitment to a wide variety of contingencies, including – in addition to threats stemming from nuclear terrorism, deadly pandemics or biological warfare – the exploration of strategic political responses and military initiatives concerning sustainable security. Prospects for international consensus can reduce anxieties over environmental devastation and propel collaborating states toward greater stability and more sustainable peace.  And while international legally binding treaties such as the Paris Agreement are a proper first step, they alone are insufficient in building resilience to climate change without the cooperation of the military, economic, and political branches of state parties, the exchange of intelligence and strategic investment by non-state entities, and the entrepreneurship and innovation of the private sector.

Dr. Joanna Rozpedowski is a Policy Fellow at the Schar School of Policy and Government at George
Mason University. She can be found on Twitter @JKRozpedowski.