Recent gray zone attacks against Australia and New Zealand indicate how blockchain might work against the U.S. 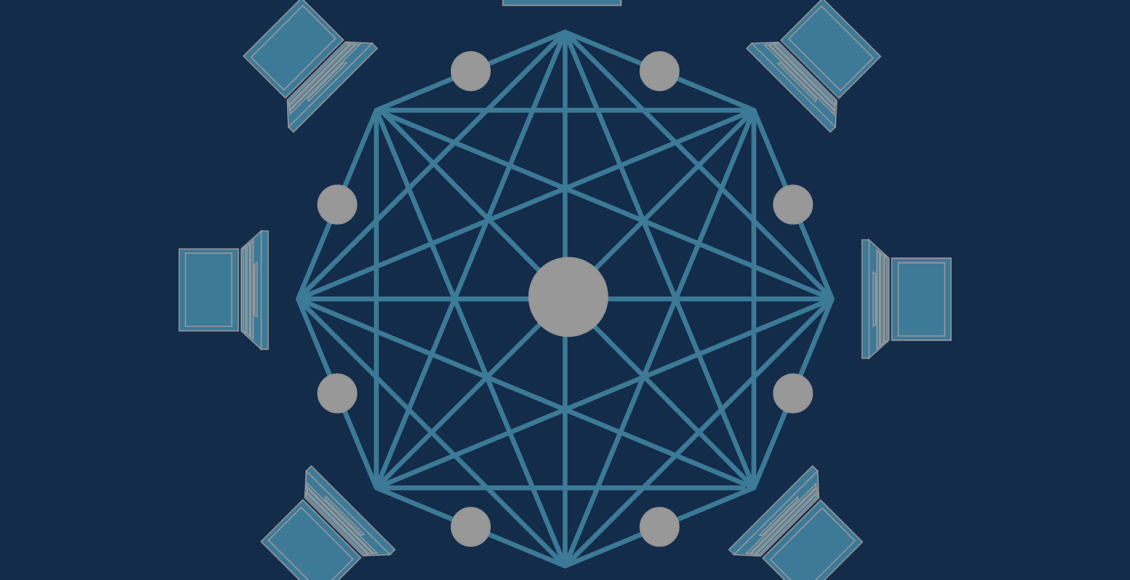 Disclaimer: The views presented in this article are those of the author and do not necessarily represent the views of the Department of the Air Force, U.S. Department of Defense, or U.S. Government.

A Chinese cybersecurity expert might have let the “cat out of the bag.” Writing in the People’s Liberation Army (PLA) Daily, the author highlights how a component of Bitcoin technology known as “blockchain” (区块链) will have “military applications,” adding “there is no doubt that the future of media war must rely on a specific network media to start.”

More troubling though is that it was written specifically for the Chinese military as a specific call to action: “the media battle of wars will become an important form of future military struggles. If we do not take precautions in keeping with the pace of the times, we will be subject to control everywhere.” The PLA author is 100 percent correct, but does this mean the West should allow China take control of the “media battle of wars”?

Whichever countries successfully harness this emerging blockchain technology for military and intelligence operations in the 21st century will likely determine their future level of international influence and power. What exactly is blockchain and what are its implications for gray zone warfare?

To the layman, discussions on some new Bitcoin technology (e.g., blockchain) influencing military and intelligence operations in a pivotal way may sound preposterous. However, blockchain when integrating into a specific national strategy has the potential to fundamentally alter the future of relations between states, societies, and citizens. If properly utilized as a national security instrument by the Chinese (and others), it can undermine Western governments by subverting standard mechanisms that detect criminal and subversive activities.

The Importance of Blockchain

To those unfamiliar with the subject, “blockchain is considered the main technological innovation of Bitcoin.” The rise of cryptocurrencies, such as Bitcoin, and the ability to authenticate and provide payment anonymously in a secure way relies on a “distributed ledger technology” enabled by blockchain. As identified by three Chinese researchers in a 2016 article titled  “Blockchain technology and its potential military value” (区块链技术及其潜在的军事价值]) in National Defense Science & Technology, the authors highlight the value of blockchain technology, noting the numerous security ramifications, especially in the realm of defensive and offensive operations. Also, as written in a China Management Informationization article, blockchain supports “trustworthiness, reliability, openness, consensus mechanism and smart contract” in business transactions and other dealings where discrete payments are needed.

Scholars in India are similarly concerned about blockchain supporting the conduct of military operations, with one author recognizing that as governments and individuals develop quantum computing abilities, blockchain will make it easy to hack into highly secure networks. Such writings by foreign scholars suggest that blockchain will change the way countries alter the battlespace in their favor without even being detected. However, it is ironic that China recently announced a ban on cryptocurrencies, while their experts are advocating for ways in which to weaponize Bitcoin technology for war.

Blockchain presents an opportunity for numerous uses in the military and intelligence communities. The technology neatly into the paradigm of warfare in the ’Gray Zone,’ where Chinese aggression defines the “ambiguity — about the ultimate objectives, the participants, whether international treaties and norms have been violated, and the role that military forces should play in response.” The uncertain nature of gray zone warfare is what makes blockchain so appealing as a tool. Adversarial governments and extremist groups can utilize it – with little fear of being caught “red-handed” – to further their interests at the expense of other countries unwilling or unable to stop it.

A U.S. Naval Officer, writing for The Jamestown Foundation, is rightly concerned that blockchain technology “has been recognized as having intrinsic value and utility for Chinese defense issues,” and “would align with the civil-military application goals tied to the broad informatization (信息化) campaign” espoused in China’s 2015 Military Strategy.

If we accept the notion that China is a rising power, then we should also accept that – much like other historical “rising powers” – China will increasingly want to exercise its instruments of national power in military, economic, and political spheres. If China is seeking to increase its regional hegemony in the Pacific, and gray zone actions in the South China Sea are any indication of future behavior, then recent gray zone attacks against Australia and New Zealand indicate how blockchain might work on a global scale, and against the interests of the U.S. and her Western allies.

Research on Chinese “influence campaigns” in the Pacific by a professor in New Zealand has already drawn substantial international attention, not just for her findings, but because of what China did to her. As far as anyone can tell, her articles touched a nerve with Beijing, with Chinese agents appearing to intimidate her. The reason why China had every reason to worry about her work was that she specifically identified Chinese actions to influence opinion in Australia and New Zealand on China by subverting their political system.

The author discovered the paper trail of money leading back to China (and their corporations), whereby China was giving substantial amounts of money numerous political parties in Australia and New Zealand. China was also financially courting current (and former) government officials and public intellectuals in each country as a way of undermining public debates about China.

Their campaign has chilling ramifications for how blockchain could make future Chinese operations impossible to uncover or detect, as they will likely continue their subversive operations against any countries that might oppose their rise to power.

What I am about to propose is purely speculative, but if we perceive the “Sharp Power” actions by China as an attempt to undermine civil society and democracy in the West, then the “Gray Zone” war is about to escalate and shift in favor of China.

Each of these hypothetical scenarios suggests are within the realm of possibility. China could integrate blockchain into their security and intelligence operations as a way of leveraging American structures against the U.S. and her allies.

Disruptive blockchain technology is coming – whether or not we want it. There are staggering implications for gray zone warfare, especially from China and other hostile adversaries using Bitcoin technologies against the U.S. and her allies. Western defense communities will need to handle this and acknowledge the troubling reality that gray zone warfare will be harder to detect and deter. Moreover, besides state threats, Bitcoin technologies also make it easier for terrorist groups and violent non-state actors (e.g., criminals, gangs, etc.) to operate as it is almost impossible for security

Luckily, the West is not entirely unprepared about blockchain applicability for military uses: the Pentagon is looking into securing databases, the American Defense Advanced Research Project Agency (DARPA) is developing a secure battlefield communication system, and Estonia has rebuilt its government around the technology. These are promising signs, but whoever weaponizes blockchain the fastest (i.e., establishing supremacy in this emerging technology), will undoubtedly achieve the sought after Monroe Doctrine in Cyber Space.

However, much is left to be done with trying to modernize defense systems in the West using blockchain. Moreover, there is a need to ‘harden’ and ‘strengthen’ civil society against foreign subversion that might rely on blockchain to create and spread fake news (i.e., propaganda). Additionally, the prospect of untraceable monetary donations to influence important individuals, politics, and policies in the West, poses tremendous challenges to the workings of liberal Western democracies.

While my three blockchain examples were hypothetical, there is no evidence to suggest this has occurred yet. Unfortunately, from a logical and intuitive position, these are entirely within the realm of reality, especially in a gray zone war context of the 21st century. Hard military power appears to be exercised less by rising powers such as China, and thus far, Chinese behavior in the international community appears bent on shaping narratives, politics, and negotiations in favor of their own interests.

Jahara “FRANKY” Matisek is an officer in the U.S. military and a Ph.D. Candidate in Political Science at Northwestern University.  FRANKY is the coordinator for the War & Society Working Group at the Buffett Institute for Global Studies and is a contributing editor at Over the Horizon: Multi-Domain Operations & Strategies. He has been published in Defense One, Strategy Bridge, Small Wars Journal, Modern War Institute, and the Journal of Strategic Security. Upon completion of his doctoral studies, FRANKY will teach Military & Strategic Studies at the U.S. Air Force Academy.