U.S. Isolationism in an Era of CCP Dependency

How alone can we go? 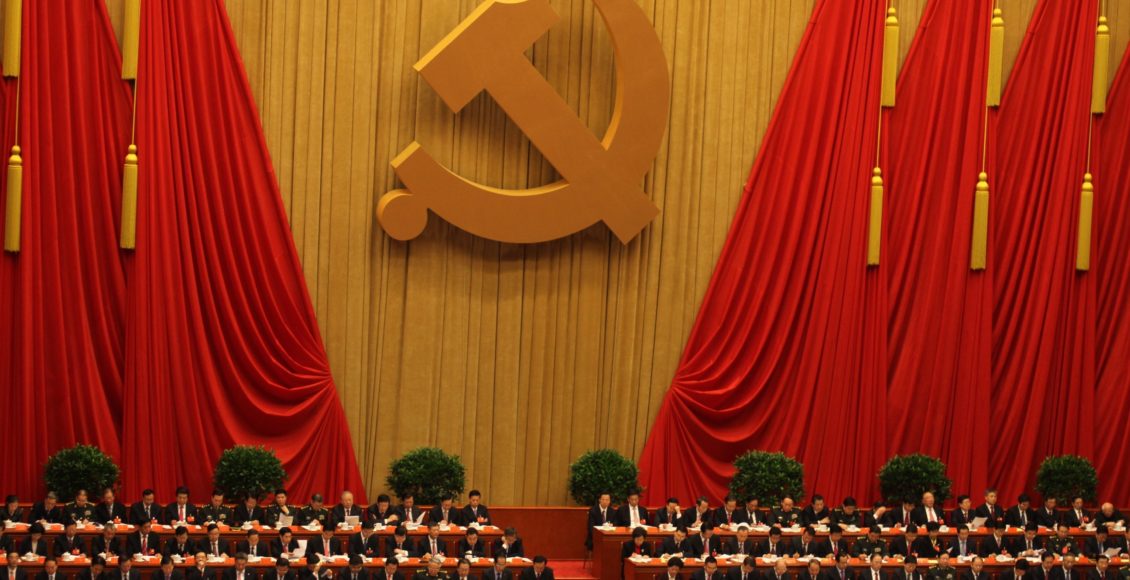 Between September 2019 and January 2020, the world saw two potentially destabilizing external shocks: the first arose in the Persian Gulf with the Iranian/Houthi attack on Saudi Arabian oil infrastructure. The second came in the form of the COVID-19 pandemic.

People the world over are in quarantine or isolation as the international order demands American leadership. However, the United States finds itself overstretched, having too many interests to defend with no allocation of priorities. At the same time, the population grumbles about climate change and economic inequality, with many calling for socialism and aggressive government intervention.

This article argues not for isolation but for prioritization: identifying critical areas in need of attention. The United States cannot be everywhere and solve everyone’s problems. What if the United States pulls back from the international system? Can the United States pursue self-sufficiency and maintain existing standards of living for citizens? These are essential questions that this short essay cannot answer. This article intends to identify core areas of American interest.

The United States is currently balancing against Russia, China, and Iran, providing counter-terrorism support to African, Middle Eastern and Latin American states, funding NATO while most members free-ride, providing aid to developing states (U.S. Build Act), all the while trying to improve the lives of over 325 million citizens. The United States also contributes to the bulk of the funding for major international institutions like the World Bank, the World Health Organization, and the International Monetary Fund.

Why did the United States take on this much responsibility when it was founded on principles of non-intervention? This can be boiled down to a straightforward argument: the wealthier the state, the more it needs to expand outward to secure its wealth. Like any business, a state must expand to survive. Unlike a business, a state cannot reach out to a governmental authority if it is attacked or a partner refuses to honor its end of the deal. This is called anarchy. Hence, throughout its process of economic expansion, the United States had to increase its presence overseas, thereby creating international interests. These interests need defending to sustain development and prosperity at home.

The point of no return with regards to isolationism came in 1945 with the end of World War II. From the American perspective, the Soviet Union and its expansionary ambition had to be stopped. This author is of the view that the United States was threatened by the power of the Soviet Union, not by its economic system. Power is the ability of one state to make other states behave in a way that benefits the interests of the former. The United States (and the Soviet Union) wanted to avoid being dominated. Regardless, the Cold War was over in 1991.

Throughout the 1980s and 1990s, the United States began doing business with China, a socialist state without the power of the Soviet Union (at the time). Neoliberals believed that the wealthier and more market-oriented China became, the less authoritarian the state would be as the rising middle class would demand increased representation. This didn’t happen. Instead, much like the United States: the wealthier the state, the more it needs to expand to secure its growing wealth. Today, China is most definitely not a democratic state, and thus the logic of neoliberalism failed.

The United States, primarily due to its trade with China, underwrote China’s transformation into the economic powerhouse it is now. Today, China has genuinely global interests, and its presence can be felt around the world: in Latin America, the Middle East, and Africa. Its Belt and Road Initiative (BRI) is creating a system of economic dependency with China at the very center. As a result, the United States risks being sidelined. This leads us to today. Writing in the context of the COVID-19 outbreak, this author isn’t interested in writing about the pandemic’s origins; but rather its effects.

The Chinese Communist Party was never transparent about the spread of the COVID-19. COVID-19 would not have spread the way it did if the CCP had acted responsibly. Instead, it silenced and punished those like Dr. Li Wenliang, who tried to sound the alarm. However, because China is a global power with deep economic relations the world over, the disease rapidly spread.

The irony of ironies is that the economic policies of the United States enabled China—a totalitarian and self-described socialist state—to become the economic giant it is today. China is today is just as belligerent as the Soviet Union, but even more powerful. The COVID-19 pandemic brought the global power and influence of China to light. Can the United States withdraw from the system under these conditions? At this point, no. However, there needs to be some prioritization.

The people of China are not to blame. The Chinese Communist Party (CCP) is.

To borrow from Cato the Elder, for the good of China and the good of the world, the CCP must be destroyed. The CCP gets its legitimacy partly from positive economic performance. Thus, the first priority for U.S. policymakers should be both economic and political; The U.S. government must designate specific national security priorities in these two areas, as it’s irrefutably clear that China does not have the best interests of the United States in mind. The United States must accelerate its efforts to decouple its critical supply chains from China and encourage domestic manufacturing of essential goods for the national interest (steel, pharmaceuticals, and other materials vital to state survival.

The second task is to address critical geopolitical questions: can Europe effectively defend itself? Should Japan remilitarize? Can other states become less dependent on the U.S. for their security? Finally, the United States must avoid becoming entangled in foreign conflicts where no core U.S. interests are at stake.

The people of China are not to blame. The Chinese Communist Party (CCP) is. It is those suffering as a result of the CCP’s hold on power who hurt the most: Uyghurs interned in concentration camps, pro-democracy protesters in Hong Kong, victims of organ harvesting and trafficking (particularly members of religious groups like Falun Gong), victims of the corruption of the party elite, and the citizens of Taiwan who are denied recognition in the international arena as a result of CCP influence operations. The party claims to act in the interests of the Chinese people, but in reality, it exists only to further its power—often at the expense of those subjected to its rule. The CCP must face a global reckoning.

Hanna Samir Kassab, PhD is a teaching assistant professor at East Carolina University. His book “Weak States and Spheres of Great Power Competition” will be published by Routledge in June 2020.