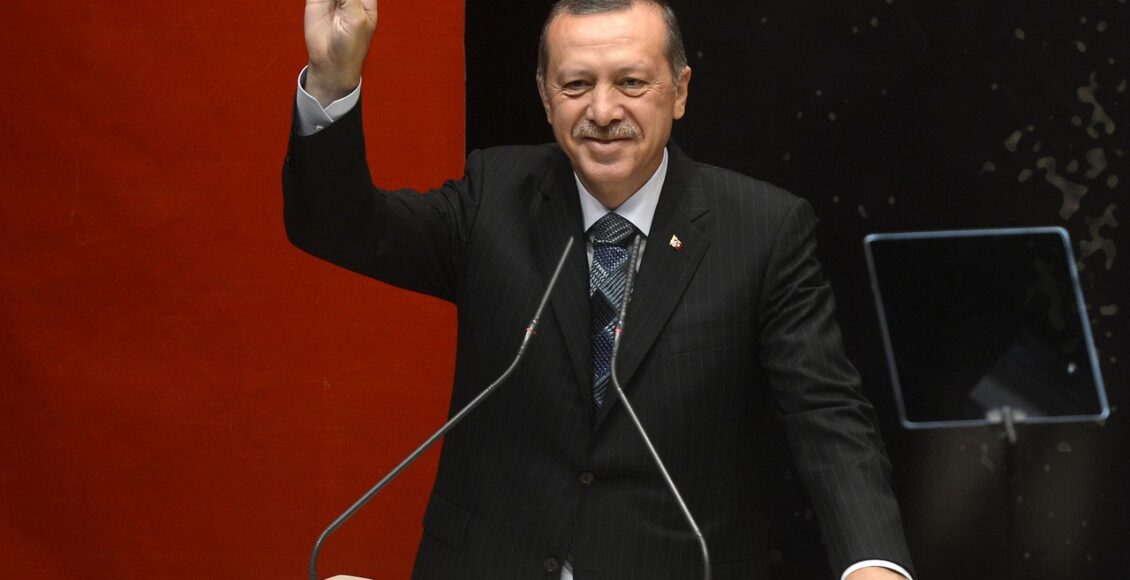 In mid-November, Turkish President Recep Tayyip Erdoğan called to congratulate President-elect Joe Biden. Although brief, the call between the two leaders is likely the start of a markedly different U.S.-Turkey relationship than the conciliatory approach pursued by President Trump. During his time in office, Trump emerged as one of Erdoğan’s greatest defenders in the West and repeatedly misrepresented the Turkish president for what he is – a tyrant and an enemy of democracy. As the Biden administration prepares to enter the White House, it’s past time to set the record straight.

Yes, Turkey is a NATO member and an important regional actor, but Turkish democracy has waxed and waned. Despite these challenges, one key group—the Hizmet movement, inspired by the teachings of Islamic scholar Fethullah Gulen – has been a staunch advocate for Turkish democracy. But Hizmet has been demonized by Erdoğan as an “enemy of the state” and repeatedly scapegoated by Erdoğan’s regime. As Erdoğan owns the megaphones in Turkey, he has used them so frequently against Hizmet that he has created an alternate reality that, unfortunately, has recently been amplified in the West.

From 1923 when Mustafa Kemal Atatürk established the Republic of Turkey up until the Justice and Democracy Party (AKP) took office in 2002, the Turkish state was defined by anti-religious and anti-Kurdish military-cum-judiciary rule. During this period, the Turkish state frequently scuttled popular democracy through military intervention in the name of protecting the regime. In 1960, 1970, and 1980, military coups overthrew the civilian governments.

After decades of the military pulling the strings, the AKP called for real reforms and won popular support in 2002. The AKP’s success was driven by both the cultural capital provided by Hizmet’s international outreach and political support from Western powers eager for a moderate Islamic foothold in the region in the aftermath of 9/11.

At the time, Hizmet and the AKP shared a vision of a democratic Turkish state (2002-2011) with civil society bolstered by moderate Islam. The AKP, dominated by its relatively liberal faction that was genuinely committed to creating a democratic Turkish state and Hizmet, a Sufi-influenced socio-religious movement focused on promoting universal human understanding and democratic values, cooperated and coexisted. This convergence of a social movement (Hizmet) and a political force (AKP)—but without any programmatic alliance—ushered in Turkey’s most democratic period, characterized by rule of law, freedom of the press, freedom of religion, an independent judiciary, and regular elections.

During this period, Hizmet helped prepare Muslim students to compete for positions in state institutions and Hizmet participants emerged as effective democracy advocates, helping to sway public opinion to support meaningful constitutional reforms in 2010. The movement’s increased visibility and civic contributions, however, produced two unintended consequences: resentment from opposition groups and fear within the Erdoğan-led Islamist faction of AKP that the movement could erode Erdoğan’s political power.

On the heels of successful and popular constitutional reforms in 2010 limiting the military’s political power, then-Prime Minister Erdoğan sought to deploy Hizmet as a political tool to solidify his own power. He demanded that the movement’s growing global network align behind his leadership and promote him as a leader of the Muslim world.

Brexit and the Politics of Islamophobia

Gulen personally opposed both the concentration of power in a single executive as well as the politicization of his ideas. Although the final decision was left to the movement’s volunteers, Gulen advised against granting Erdoğan’s request which fueled the latter’s growing resentment and suspicion of the movement.

In 2014, Erdoğan narrowly won the presidential election after three terms as Prime Minister (2003-2014). After taking office, he bolstered his power by transforming the parliamentary system into a presidential system and changing the constitution. Erdoğan also marginalized perceived opposition including the AKP’s liberal faction, independent media, Kurdish opposition, and Hizmet.

In 2016, Erdoğan used the pretense of the failed military coup to further consolidate power. Despite lacking any credible evidence, Erdoğan alleged that the Hizmet movement and Gulen had orchestrated the coup. Both Hizmet participants and Gulen himself have repeatedly denied any involvement. These allegations, as well as hundreds of thousands of arrests, not only imprisoned Gulen’s supporters—and others including Pastor Brunson—but also cast anyone with tangential Hizmet connections as a traitor. This ostracization as well as purges of Hizmet participants and allies deprived hundreds of thousands of livelihoods and access to social institutions.

Despite Erdoğan’s increasing authoritarianism, Turkey has remained an essential ally for Western powers. To maintain political and economic ties, Western leaders have walked a fine line, neither embracing nor alienating Erdoğan’s regime. Even actions that flouted Turkey’s status as a NATO member, such as purchasing the Russian S-400 air defense system and attacking the U.S.’s Kurdish allies in the fight against ISIS, have produced few consequences.

Western powers, including the United States, however, must recognize that Erdoğan is the real threat to Turkish democracy. His regime will continue to persecute critics, undermine regional stability, and weaken key alliances. Erdoğan has made it abundantly clear that he will continue to act with impunity and distort facts to undercut those that stand in his way, particularly movements like Hizmet that have been longstanding champions of Turkish democracy. Erdoğan cannot be allowed to rewrite history.

Dr. Anwar Alam is a Distinguished Fellow at the Policy Perspectives Foundation in New Delhi, India. He is the author of For the Sake of Allah: The Origin, Discourse and Development of the Gulen Movement.