It Might Be Time to Rethink Western Sanctions on Russia

The sanctions have failed to produce meaningful results. 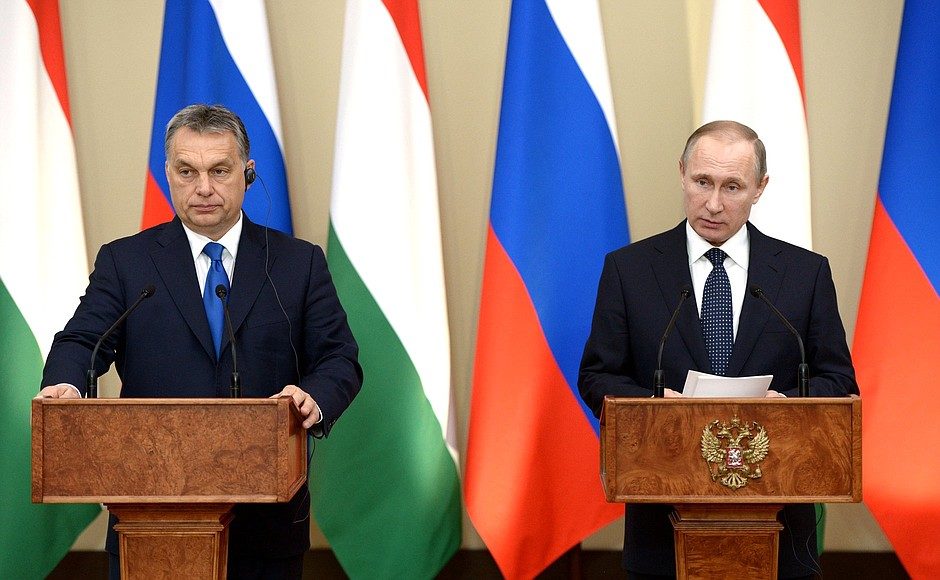 Following the annexation of Crimea in 2014 and the destabilization of eastern Ukraine, western countries initiated a coordinated response, imposing substantial economic sanctions on Russia.

The sanctions imposed by the European Union, the United States, Canada, and their allies were targeted against a host of Russian individuals, officials, banks, corporations, and organizations. Western sanctions have targeted Russian energy, defense, and financial firms, limiting their access to western markets while prohibiting the sale and export of certain oil exploration and production technologies to Russia.

U.S. and E.U. sanctions remain in effect, with the E.U. announcing that it will extend them until January 31, 2019. However, sanctions have failed to produce the results that were anticipated when they were implemented.

Sanctions have not only failed to change the course of Russia’s foreign policy towards the West; they’ve neither deterred Russian aggression nor created any incentives for Moscow to alter its behavior. On the contrary, sanctions have contributed to a widening divide within the European Union, and within the transatlantic alliance with growing calls for the elimination of sanctions.

What is the point of sanctions?

Sanctions are limitations that are introduced by one country or a group of countries against another in retaliation, in an attempt to change the behavior of the country with regards to its domestic or foreign policy, or sometimes even attempts at regime change i.e. by increasing the cost of international isolation.

The idea is that if the targeted country does not change its course of action, then the cost of sanctions would either enforce compliance or create incentives for the country to comply with international rules.

How effective are the sanctions on Russia?

Although sanctions have had a detrimental impact on the Russian economy, the costs imposed by sanctions are outweighed by the Kremlin’s desire to regain and sustain geopolitical influence within what it considers to be its traditional sphere of influence (i.e. the former Soviet Union).

The downturn in Russia’s economy that began in 2014 was not the result of economic sanctions alone, rather, it was the result of a combination of factors made exponentially worse by the Russian government’s inability to reduce the economy’s dependency on energy exports, in addition to a steep decline in oil prices.

The government managed to stabilize the economy by tapping into its sovereign wealth fund, which provided badly-needed time to implement anti-crisis monetary policies in addition to reducing the economy’s vulnerabilities to external events.

Western sanctions do not target a significant segment of the Russian economy. The E.U. and the U.S. sanctions target specific Russian elites and companies, in order to limit the severity of their effect on the Russian population.

If sanctions were too harsh, the Kremlin could see them significant or even existential threat. Nation-states often react when they pushed beyond the threshold of what they perceive as acceptable; extreme sanctions would likely result in Russia retaliating in a manner that would endanger the security of eastern European countries.

According to former Russian finance minister Alexei Kudrin, sanctions managed to shave off a mere 0.5 percent of GDP each year. Sanctioned firms that have lost access to western markets have been bailed out by the Kremlin with public funds, the National Welfare Fund is one example.

Lastly, tightening restrictions on Russian oligarchs and their investments has done little to change the Kremlin’s behavior. In fact, as many have argued it has played into the hands of Russian President Vladimir Putin, enabling him to effectively  “nationalize” the elite.

The domestic narrative provided by the sanctions and trumpeted by the Kremlin has given a political boost to Putin. Russian state media portrays Putin as a president fighting to protect Russian interests against NATO aggression.

Sanctions also offer Putin with an easy scapegoat for lackluster economic performance,  allowing him to shift the blame for low economic growth to western economic sanctions, providing increased time to address major structural issues with the Russian economy, and reduce its over-dependence on energy exports.

In other words, the sanctions imposed on Russia following the annexation of Crimea have done little to alter Russian foreign policy towards Ukraine, nor have they impacted the Russian economy in a way that would induce any change in Russian policy. Furthermore, if oil prices continue to rise, the detrimental impact of sanctions on Russia will be further reduced.

This raises an important question over whether or not European states would consider the long-term continuation of sanctions necessary.  Sanctions have been one area where European Union member states have shown solidarity in standing against Russian aggression. This solidarity, however, is increasingly frayed.  Hungary and Bulgaria have both stated their opposition to continuing sanctions on Russia.

In a January 2017 interview, Hungarian Minister of Foreign Affairs and Trade Péter Szijjártó stated that “the Hungarian economy has sustained a loss of some $6.5 billion due to the sanctions implemented against Russia.”

Many Central and Eastern European countries like Hungary, Bulgaria, Germany, and Italy depend significantly on Russian oil and gas exports. Many believe that it is futile to continue imposing economic sanctions without achieving any meaningful results while incurring substantial economic costs.

Matteo Salvini, Italy’s Deputy Prime Minister, and Interior Minister made headlines during his trip to Russia in July 2018 when he stated that he would like to see the E.U. drop sanctions against Russia by the end of the year. Salvini also issued a statement of support for Russia to rejoin the Group of 7 (G7), once more making it the “G8.”

A similar tone was adopted by Hungarian Prime Minister Viktor Orban, during his visit to Russia during the World Cup, where he denounced E.U. sanctions against Russia during his meeting with President Putin.

The growing voices of dissent within the European Union are largely those who are most critical of the E.U. as an institution. It may be the case that Italy and Hungary are using sanctions as leverage in migrant and refugee resettlement negotiations, or as a way to resist the economic heavy-handedness exerted by Germany in dictating European fiscal policy.

Regardless, disagreements over sanctions threaten to create further divisions within the E.U. After all, the bloc operates on consensus, and all it would take for that consensus to break is the objection of a single E.U. member state.

The Impact of U.S.-Imposed Sanctions on the Transatlantic Relationship

While a substantial amount of the rhetoric emanating from the White House has focused on efforts intended to reduce the U.S. trade deficit, the administration has also threatened E.U. allies that continue to do business with Russia.

While the bill is intended to increase U.S. energy exports to Europe, it threatens western firms like France’s ENGIE, Austria’s OMV, the German firms Uniper and Wintershall, as well as British-Dutch multinational Royal Dutch Shell, all of which are contributing to the pipeline’s development.

Threatening European firms engaged in the construction of the Nord Stream II pipeline with sanctions at a point when tension among transatlantic partners is high puts the transatlantic alliance in a precarious position.

The threat of sanctions levied by an ally widens divisions between the U.S. and Europe. Maintaining a united front is essential, not only against Russian aggression, but on a host of economic, security, and political issues that persist on both sides of the Atlantic.