Rising Debt, Corruption, and Unemployment Will Haunt China Throughout 2018 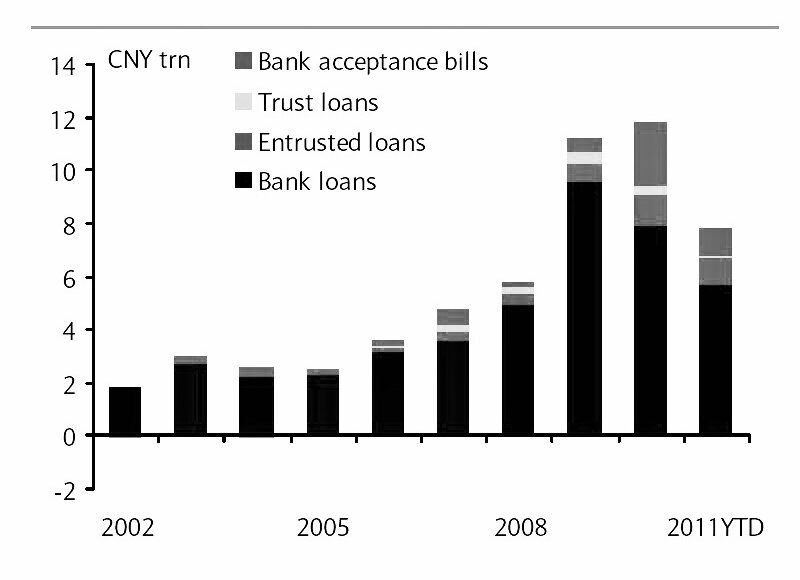 For the first time in years, the S&P has lowered China’s credit rating to an AA- with a negative outlook, as layoffs, inefficiencies, and high debt plague the country’s growth prospects.

Over two million Chinese workers have been laid off in recent months due to “overcapacity.” Companies have been shut down as employers either sold their businesses or simply disappeared. These layoffs have increased the numbers of unemployed youth in urban areas, increasing the risk of social unrest. Chinese Communist Party Chairman Xi Jinping has suggested sending China’s increasingly debt-prone youth to work in the country, in a “Second Cultural Revolution.”

The state-supported National Institute for Finance and Development (NIFD) stated earlier this year that local and provincial governments, small businesses, and households owe an amount totaling 154 trillion yuan (almost $23 trillion)—228 percent of China’s GDP. The NFID estimates that household debt alone is projected to reach 66 trillion yuan ($8.45 trillion) within the next three years.

In the South China Morning Post, Wang wrote that these speculators secured cheap loans for themselves while issuing high-risk financial products to finance projects and investments both within and outside of China.

Furthermore, China’s wealthy have begun moving massive amounts of capital abroad, under the guise of the government’s call for investing overseas—termed “going out.” A particular tactic being used is inflating the value of one’s domestic assets and guaranteeing these funds to overseas branches of Chinese banks, which in turn provide them with overvalued loans which finance asset acquisitions abroad.

Lin Yanling, of the Beijing-based China Institute of Industrial Relations, says that “the size of China’s labor force has peaked, but it’s wrong to think that there will be no employment problems.” Lin said 80% of China’s workers are “in a weak position” regarding their job and wage security, adding “if the economic situation is not good, their position will become even weaker.”

Any mass-disruption for manufacturing workers, migrant workers, or other low-wage worker is bound to have consequences for internal stability that could prompt a forceful intervention by the government. This and ongoing wage stagnation are the two issues of greatest concern. Thus, the government’s efforts to resettle urban unemployed in the country through offers of paying jobs could be a preemptive attempt to avoid internal disruption by dispersing concentrations of disaffected workers to more rural environs.

According to the South China Morning Post, the impending economic crisis is rooted in expansive fiscal policy, increased government spending, rising property values, extremely lax monetary policies, record-high bank lending, and exploitation of regulatory loopholes. In 2009, during the last economic crisis in China, then-Premier Wen Jiabao oversaw the disbursement of over $500 billion to stimulate the stagnating economy. This provided badly needed relief to the economy, but ongoing corruption and crony capitalism, combined with rising competition from lower-wage countries like Vietnam, ensured that growth continued to stagnate.

Between 2010 and 2015, Chinese economic growth steadily declined from 10.5% (annual GDP growth) to 6.9%, respectively. The current GDP growth target is 6.5%. Louis-Vincent Gave, co-founder of Gavekal Research, recently said “the 6.5% growth target, you can still achieve it, but at a higher and higher cost. So why would they [the Chinese Government] want to keep doing that?” Gave added that the practice of dropping growth targets could serve to decrease short-term growth, but promote long-term sustainable growth.

Thus, this practice would align with Xi Jinping’s initiative to increase risk management capabilities. While increased oversight would impede short-term growth, it would offer a safety net to the overall economy, while structural reforms would ensure longer-term economic stability.