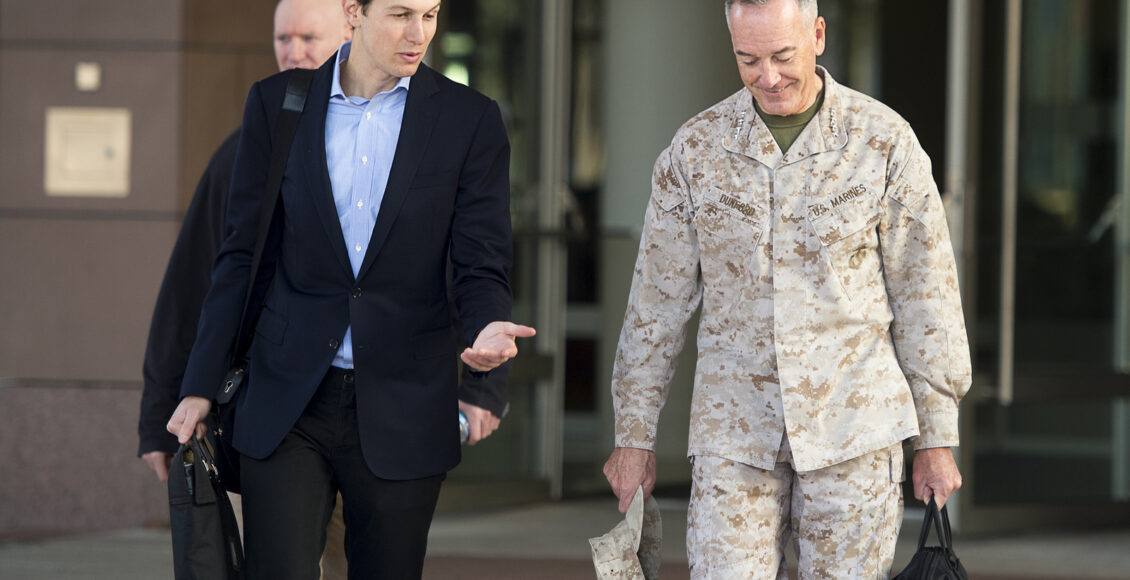 Jared Kushner reportedly discussed the possibility of setting up back-channel communications with Russian Intelligence Officials to facilitate secret and secure communications between the top levels of government in Washington and Moscow.

In December, Kushner reportedly asked Sergey Kislyak, Russia’s ambassador to the United States, about the possibility of the Trump administration utilizing Russian diplomatic communication lines or facilities in order to circumvent the United States national security and intelligence bureaucracies.

Kushner’s lack of prior experience in national security and foreign policy was hopelessly apparent. In national security and diplomatic circles, it’s common knowledge that the FBI makes a practice of intercepting the communications of Russian officials within the U.S., while the National Security Agency (NSA) continuously monitors the communications and SIGINT of Russian government officials overseas.

American officials told the Washington Post that Ambassador Kislyak subsequently informed Russian officials in Moscow of the request Kushner made. Reportedly, Kislyak was surprised at the suggestion—the proposed backchannel would have carried obvious security risks for the soon-to-be-installed Trump administration, and for Russian national interests.

“Kislyak…was taken aback by the suggestion of allowing an American to use Russian communications gear at its embassy—a proposal that would have carried security risks for Moscow as well as the Trump team.”

What was going through Kushner’s mind when he presented this proposal? Objectively, one can determine that Kushner’s naiveté got the best of him; he was either unaware of the security risks associated with such an arrangement, or he assumed that his contacts in Moscow trusted him to the same degree that he trusted them. Regardless, it’s increasingly obvious that—for all his reported brilliance as a political tactician—Kushner remains ignorant—almost pathetically so—to the nuances and details of foreign policy and national security strategy.

“The idea of using Russian facilities to skirt Russian surveillance would either be a serious attempt to hide something or the actions of a young amateur,” said former FBI special agent Clint Watts to The Atlantic. Former CIA acting-Director John McLaughlan provided that “I can’t keep out of my mind the thought that, if an American intelligence officer had done anything like this, we’d consider it espionage.”

This meeting is one of several that took place between senior Trump campaign officials or Trump surrogates and Russian diplomatic or intelligence officials that are of investigative interest to the FBI’s ongoing counterintelligence and criminal investigations into Trump’s campaign and subsequent administration.

Kushner is also reportedly involved in a number of other, high-profile, and clandestine meetings with Russian and other foreign officials.  Just days after making the backchannel inquiry to Kislyak, Kushner met with Sergey Gorkov—at Kislyak’s request. Gorkov is a former Russian intelligence officer and chairman of Russian state-owned bank Vnesheconombank (VEB). He maintains close ties to Russian President Vladimir Putin.

“Putin effectively runs VEB as his private slush fund. If Putin wants to throw money at something like a bailout, or [the Winter Olympics in] Sochi, or Ukrainian industrial manufacturing, he uses VEB,” according to Anders Aslund, a senior fellow at the Atlantic Council. Aslund added, “VEB does not do any ordinary banking business. Therefore it is so remarkable that Jared Kushner met with the head of VEB.”

Vnesheconombank’s board is made up largely of Kremlin ministers; its chairman is Prime Minister Dmitry Medvedev, and  Bank chairman Gorkov was trained at an FSB academy and has strong ties to both the KGB and its successor organization, the FSB. VEB frequently collaborates with Russian security services, providing agents with cover identities and institutional affiliations. VEB acts as the funding vehicle for Russian operations in Ukraine, Eastern Europe, Syria, and the Caucasus—effectively providing an entirely off-the-books budget for the Putin regime.

Initially founded as a traditional development bank along the lines of the World Bank, Vnesheconombank’s initial purpose was to deliver long-term funding for projects private sector banks would likely avoid, according to a Standard & Poor’s sovereign credit analyst.

However, as time passed VEB was systematically converted into a “special purpose agency to finance politically important projects.” For instance, VEB has been heavily involved in efforts to forge inextricable economic links between Ukraine’s industrial and energy sectors and Russia—which would then give the Russian government enormous influence over the domestic politics of Ukraine.

Photo credit: Chairman of the Joint Chiefs of Staff via Visual Hunt / CC BY