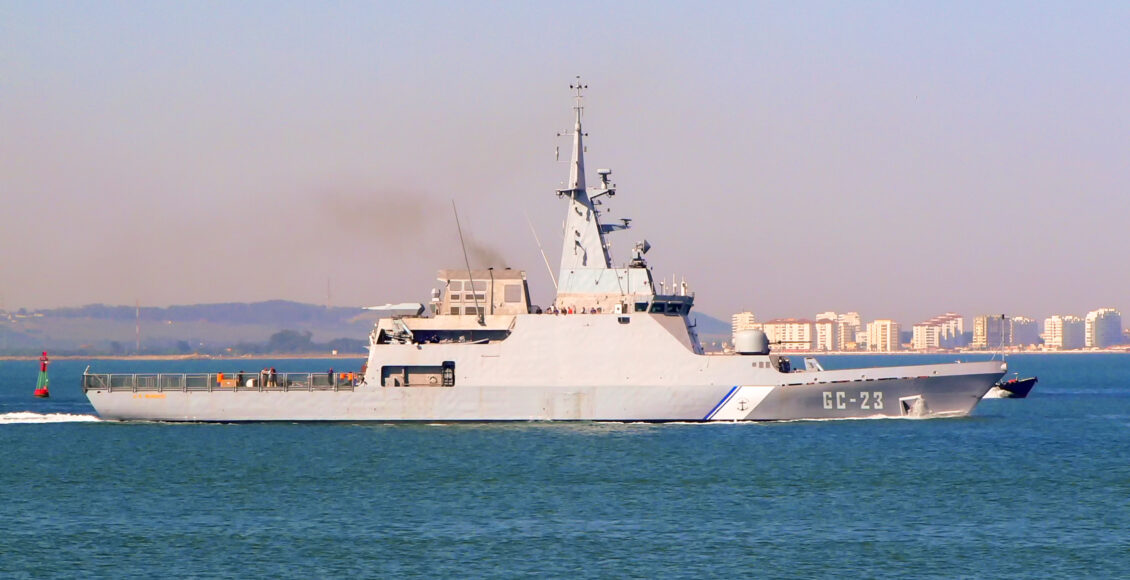 The Venezuelan coast guard ship ANBV Naiguatà, which sank in 2020 after ramming a cruise ship in the Caribbean.
Share

The US can’t afford to ignore Venezuela. Even though it has been at odds with the United States since the election of Hugo Chávez in 1998, Venezuela has consistently received far less attention than other states whose governments frustrate US foreign policy goals. From the US perspective, Chávez and his successor Nicholas Maduro, who came to power in 2013, have both “defined themselves in large part through their opposition to the United States,” keeping relations between Caracas and Washington rocky at best and openly hostile at worst. But so far, US foreign policy has not been able to force a change in Venezuela’s government. Going forward, the US should take a two-pronged approach to dealing with Venezuela. The United States should both seek to limit the influence of malign actors like Russia, Iran, and transnational criminal organizations and better support partners in the region like Colombia, which are bearing the brunt of Venezuela’s domestic failures.

Under Maduro’s regime, Venezuela has become a humanitarian disaster. The country’s economy has shrunk by a staggering 80 percent since 2013, with inflation peaking at over 1.8 million percent and triggering an exodus of over 5.6 million Venezuelans – a mass migration similar in size to the refugee crisis caused by the Syrian Civil War, but one that has attracted far less international support. A report from the Organization of American States (OAS) warned that the number of refugees fleeing Venezuela could reach as high as seven million in 2021 alone because of continued economic strife exacerbated by the COVID-19 pandemic. More of the refugees have come to Colombia than any other country, and the Colombian government recently took the step of offering 1.7 million refugees the opportunity to apply for legal status and to remain in Colombia for up to 10 years.

But Venezuela’s domestic crises don’t end with the mass exodus or economic implosion. Armed gangs control large parts of the capital, and the environmental situation in Venezuela is so bad that experts have coined the term “ecocide” to describe it. In addition to its ongoing conflict with the United States, Venezuela has also been openly antagonistic towards Colombia, one of Washington’s key allies in the region, and bellicose toward Guyana, another neighbor aligned with Washington. During Chávez’s rule, his government allegedly went so far as to offer weapons, training, and funding to terrorists in Colombia.

Recent events highlight Venezuela’s continued threat to the region, and why the United States cannot afford to ignore it. In early June, an Iranian frigate and a transport ship left Iran and sailed around the Cape of Good Hope to become the first Iranian navy vessels in the Atlantic. While the Iranian government didn’t announce their destination, most analysts believed that it was Venezuela or Cuba. Based on satellite photos taken before its departure, the modified Iranian tanker was believed to be carrying seven fast attack craft capable of carrying anti-ship missiles and machine guns, as well as other arms and a large amount of fuel. The ships did not end up in the Caribbean, and instead sailed to the Baltic, likely a result of behind-the-scenes diplomatic pressure. But the delivery of Iranian weapons and illegal fuel to Venezuela would have only increased Venezuela’s threat to regional stability.

Venezuela and Iran have long and deepening ties in what one expert called the “axis of the sanctioned,” and this is not the first time the two regimes have supported one another against international deterrents. Earlier this year, Iran sent tankers with gasoline to Venezuela in defiance of US sanctions to help relieve a crippling fuel shortage, despite the fact that Venezuela has the largest proven oil reserves of any country in the world. Importing fuel via military vessels is one way to evade US sanctions which have foiled efforts to ship fuel from Iran to Venezuela in the past. President Maduro has also spoken about the prospect of buying Iranian arms as a way to shore up the poor state of the country’s navy and bully neighbors like Guyana and Colombia while poking a finger in the eye of the United States.

The Venezuelan disaster has also been an opportunity for terrorist groups and violence has increased along Venezuela’s borders. On June 15, terrorists used a car bomb to attack a Colombian army base in Cucuta, injuring 36 people, including two US soldiers who were part of an advising mission. Cucutá is on the border between Colombia and Venezuela, and Bogotá has long accused Caracas of harboring rebels who carry out attacks in Colombia. The Colombian government has named the 33rd Front of the Fuerzas Armadas Revolucionarias de Colombia, better known as the FARC, as responsible for both attacks and asserted that they were planned in Venezuela. While most of the FARC demobilized in 2016 after signing a controversial peace deal with the Colombian government, the 33rd Front is a splinter group. Attacks like the car bombing in Cucutá are possible because terrorist groups like the 33rd Front can operate from Venezuela and strike in Colombia.

In addition to the car bombing, in late June a helicopter carrying Colombian President Ivan Duque and several of his ministers were attacked by fringe groups as it overflew an area near the border with Venezuela. This brazen attempted assassination is further evidence of the insecurity spilling outwards from Venezuela where groups like the FARC benefit from safe havens, enjoy constant revenue streams from the illicit cocaine trade, and leverage the combination of tacit Venezuelan support and lack of state presence, especially along the borders.

Venezuela’s maritime border with Trinidad and Tobago has fared no better. Coastal criminals have taken to the seas to threaten fishermen, merchants, and boaters in a modern-day Pirates of the Caribbean. Research by Stable Seas found that incidents of piracy and armed robbery at sea in the Caribbean increased 200 percent between 2014 and 2019 “largely due to increases in armed robberies at anchorages in Venezuela” where more than half of the incidents occurred. While some of the most brazen attacks received press coverage, such as the murder of the captain of the San Ramon, attacks and kidnapping of fishermen from Trinidad and Tobago are rarely mentioned in US news outlets.

Between the car bombing and attempted assassination in Colombia, the spike in piracy off the coast of Venezuela, and the potential delivery of Iranian arms to Caracas, there is a clear warning: the slow collapse of the Maduro regime has turned Venezuela into a cancer rotting away the security of the Eastern Caribbean. As the Biden Administration charts future US foreign policy in Latin America, it cannot afford to ignore the Venezuela crisis. The continued decaying of the regime’s security apparatus and Venezuelan sovereignty is an inviting opportunity for hostile actors that would further degrade regional security in the Caribbean and Latin America.

Building on Secretary of State Antony Blinken’s recent visit to Bogotá, the United States should maintain close ties with Colombia and continue to work with other countries in the region impacted by the trafficking and migration coming out of Venezuela. The US could also increase coronavirus vaccine donations to countries that have taken on large numbers of Venezuelan refugees and strengthen security cooperation with countries that share land and maritime borders with Venezuela.

Despite Venezuela’s implosion, there is no clear indication that the Maduro regime will fall from power any time soon. While the US should continue to back the Venezuelan opposition forces and push for dialogue, it needs to focus its efforts on limiting outside influence from countries like China, Iran, Cuba, and Russia and shoring up regional partners and allies most affected by Venezuela’s collapse. The apparent Iranian decision to send their vessels to Russia instead of Venezuela or Cuba is evidence that behind-the-scenes pressure can persuade these enablers to step away from Maduro. Other options to push for change in Venezuela, such as bellicose rhetoric, freedom of navigation exercises, and more onerous sanctions, are unlikely to improve security in the region. Instead, the United States should do more to support partners in the region that are most affected by instability in Venezuela in order to mitigate what is already a disaster of hemispheric proportions and which has no end in sight.